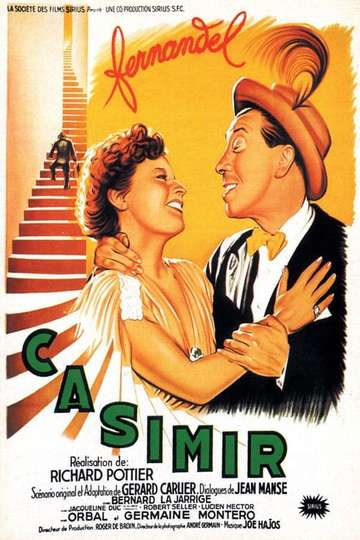 TMDb Score
65
NR 1 hr 27 minMay 5th, 1950Comedy
In spite of his failures as a peddler, Casimir guaranteed his fiance that this time the vacuum cleaners will work for good. But he's still unsuccessful until he go to the appartment of Paul-Andre, a painter who was engaged by correspondence to a rich south-American woman. That's exactly when she arrive armed with a gun infuriated after she had received a rupture letter from the man she had never seen. She mistakenly took Casimir as her painter lover. Casimir his ready to flee until he learned she owned many hotels, a thousand rooms in fact. "A thousand rooms, a thousand vacuum cleaners", he suddenly think.
Show More
DirectorRichard Pottier
StarringFernandelGermaine MonteroBernard Lajarrige
Full Cast & Crew