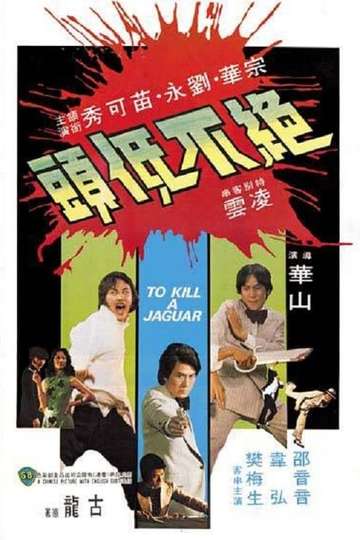 To Kill a Jaguar

NR 1 hr 31 minAction
Set in early 20th century Shanghai, this Hua Shan actioner stars former Golden Harvest regular Nora Miao Ke-hsiu as Bobo, a village girl who has journeyed to the big city in search of her father. Not long after her arrival, Bobo witnesses a gang fight dominated by a man she was friends with as a child. Now known as Jaguar, he works as a bodyguard for mob boss Kam, who is having a row with one of his partners. Jaguar makes trouble at one of the man's casinos as a part of a plan to smooth over the situation. Ace gunman Ko Tang is also in town and the two strike up an alliance to take over Kam's empire. Jaguar's lust for power soon alienates Bobo, who realizes that she was simply a pawn in his plan to gain control of the Shanghai underworld. Held a virtual prisoner, Bobo's one hope for revenge is Luo Lie, another friend from childhood and now her fiancee, currently imprisoned in Germany.
Show More
DirectorHua Shan
StarringTsung HuaTony LiuNora Miao
Full Cast & Crew