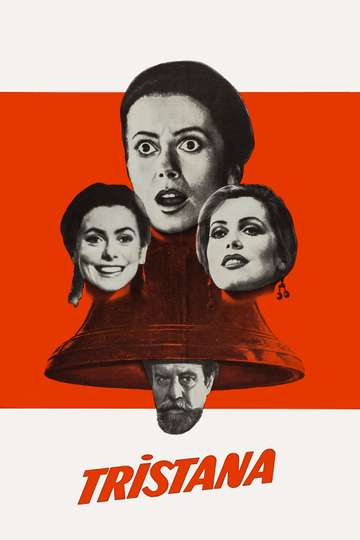 Want to behold the glory that is 'Tristana' in the comfort of your own home? Discovering a streaming service to buy, rent, download, or watch the Luis Buñuel-directed movie via subscription can be a challenge, so we here at Moviefone want to do right by you.

Read on for a listing of streaming and cable services - including rental, purchase, and subscription options - along with the availability of 'Tristana' on each platform when they are available. Now, before we get into all the details of how you can watch 'Tristana' right now, here are some particulars about the Talía Films, Les Films Corona, Época Films, Selenia Cinematografica drama flick.

Released September 20th, 1970, 'Tristana' stars Catherine Deneuve, Fernando Rey, Franco Nero, Lola Gaos The movie has a runtime of about 1 hr 35 min, and received a user score of 73 (out of 100) on TMDb, which compiled reviews from 190 experienced users.

Want to know what the movie's about? Here's the plot: "Tristana is a young Spanish woman left to the care of Don Lope, a protective but impoverished aristocrat. Don sells his possessions to avoid manual labor and champions the causes of the dispossessed and downtrodden of society. He takes advantage of the vulnerable Tristana, who leaves him when she falls in love with Horacio. Unable to commit to him, she returns to Don Lope when she falls ill. He asks for her hand in marriage, and she accepts after losing her leg to cancer. She chooses to remain in a passionless union rather than be subject to the harsh realities of a society that refuses to change to the needs of women. Taken from the novel by celebrated author Benito Perez Galdos."

The Amusement Park
""See you in the park, someday""
Donkey Skin
That Obscure Object of Desire
"Luis Buñuel's masterpiece"
Heartbeat
"The heart has many rooms, some filled, most empty."
The Young and the Damned
The Discreet Charm of the Bourgeoisie
"Academy Award Nominee for Best Foreign Language film 1973"
Un flic
The Phantom of Liberty
"Luis Bunuel's kinkiest comedy."
Angel Face
"She loved one man …enough to KILL to get him!"
The Milky Way
Daisy Kenyon
""I DON'T BELONG TO ANY MAN"!"
Le Beau Serge
Simon of the Desert
"Sacrifice and Temptation"
Belle de Jour
"Luis Bunuel's Masterpiece of Erotica!"
The Exterminating Angel
"The degeneration of high society!"
The Bitter Tears of Petra von Kant
"Sex is the ultimate weapon."
Viridiana
"We've got nothing to hide..."
Family Plot
"There’s no body in the family plot."
A Second Chance
Masculin Féminin
"Jean-Luc Godard's Swinging Look at Youth and Love in Paris Today!"
White Material
"In the African heat, one woman stands alone"