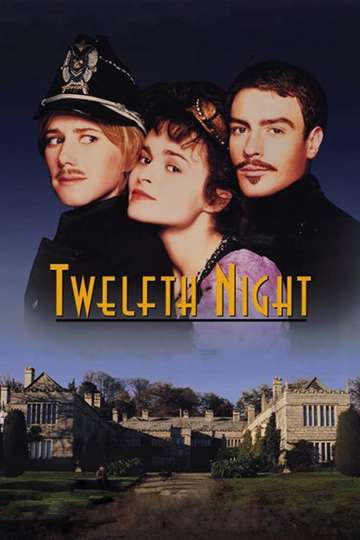 Yearning to watch 'Twelfth Night' in the comfort of your own home? Searching for a streaming service to buy, rent, download, or watch the Trevor Nunn-directed movie via subscription can be difficult, so we here at Moviefone want to do the heavy lifting.

Read on for a listing of streaming and cable services - including rental, purchase, and subscription choices - along with the availability of 'Twelfth Night' on each platform. Now, before we get into the nitty-gritty of how you can watch 'Twelfth Night' right now, here are some particulars about the Fine Line Features, BBC Films, Summit Entertainment, Renaissance Films comedy flick.

Released October 31st, 1996, 'Twelfth Night' stars Helena Bonham Carter, Richard E. Grant, Nigel Hawthorne, Ben Kingsley The movie has a runtime of about 2 hr 14 min, and received a user score of 70 (out of 100) on TMDb, which compiled reviews from 58 respected users.

You probably already know what the movie's about, but just in case... Here's the plot: "Shakespeare's comedy of gender confusion, in which a girl disguises herself as a man to be near the count she adores, only to be pursued by the woman he loves."

X-Men Origins: Wolverine
After seeking to live a normal life, Logan sets out to avenge the deat...

X-Men
Two mutants, Rogue and Wolverine, come to a private academy for their...

X-Men: The Last Stand
When a cure is found to treat mutations, lines are drawn amongst the X...

When Harry Met Sally...
During their travel from Chicago to New York, Harry and Sally debate w...

When a Man Loves a Woman
An airline pilot and his wife are forced to face the consequences of h...

WALL·E
WALL·E is the last robot left on an Earth that has been overrun with g...

Richard E. Grant to Star as a Drag Queen in 'Everybody's Talking About Jamie'