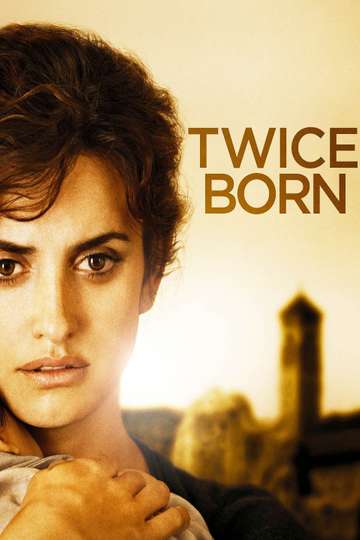 Want to behold the glory that is 'Twice Born' in the comfort of your own home? Discovering a streaming service to buy, rent, download, or view the Sergio Castellitto-directed movie via subscription can be challenging, so we here at Moviefone want to do the work for you.

Read on for a listing of streaming and cable services - including rental, purchase, and subscription choices - along with the availability of 'Twice Born' on each platform. Now, before we get into the fundamentals of how you can watch 'Twice Born' right now, here are some particulars about the Medusa Film drama flick.

Released December 5th, 2013, 'Twice Born' stars PenÃ©lope Cruz, Emile Hirsch, Adnan HaskoviÄ‡, Saadet IÅŸÄ±l Aksoy The R movie has a runtime of about 2 hr 7 min, and received a user score of 73 (out of 100) on TMDb, which assembled reviews from 378 well-known users.

Want to know what the movie's about? Here's the plot: "Full-throttle melodrama about an ill-starred romance set against the backdrop of the siege of Sarajevo. A mother brings her teenage son to Sarajevo, where his father died in the Bosnian conflict years ago."

You Can't Save Yourself Alone
Gaetano and Delia, a separated couple, try to pick up the pieces of th...

Three Steps Over Heaven
A bad boy and a socialite girl hook-up.

Melissa P.
An adolescent girl, living with her mother and her grandmother, will h...

Vicky Cristina Barcelona
Two girlfriends on a summer holiday in Spain become enamored with the...

Like Crazy
Beatrice is a blabbermouth and a so-called billionaire countess who li...

Men Vs Women
A confrontation starts between a young man Diego and his beautiful nei...

A Prairie Home Companion
A look at what goes on backstage during the last broadcast of America'...