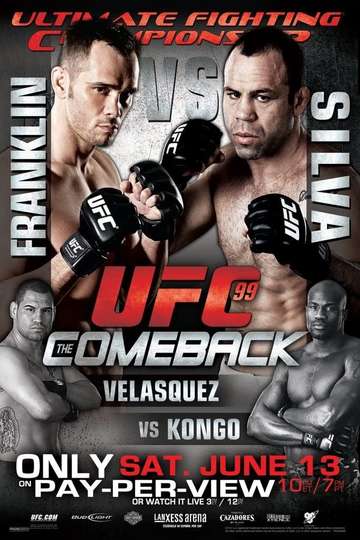 TMDb Score
56
NR 3 hrJun 13th, 2009
UFC 99: The Comeback was a mixed martial arts event held by the Ultimate Fighting Championship (UFC) on June 13, 2009 in Cologne, Germany. It was the first UFC event held in Germany, as well as the first in mainland Europe (events have previously been held in both the U.K. and Ireland).
DirectorAnthony "Pasquale" Giordano
StarringRich FranklinWanderlei SilvaCain Velasquez
Full Cast & Crew