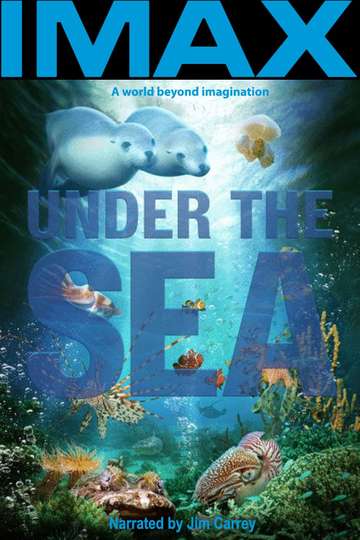 Want to behold the glory that is 'Under the Sea 3D' on your TV, phone, or tablet? Searching for a streaming service to buy, rent, download, or watch the Howard Hall-directed movie via subscription can be a challenge, so we here at Moviefone want to do right by you.

We've listed a number of streaming and cable services - including rental, purchase, and subscription alternatives - along with the availability of 'Under the Sea 3D' on each platform. Now, before we get into all the details of how you can watch 'Under the Sea 3D' right now, here are some specifics about the Howard Hall Productions, Warner Bros. Pictures, IMAX documentary flick.

Interested in knowing what the movie's about? Here's the plot: "Imagine a world of incredible color and beauty. Of crabs wearing jellyfish for hats. Of fish disguised as frogs, stones and shag carpets. Of a kaleidoscope of life dancing and weaving, floating and darting in an underwater wonderland. Now, go explore it! Howard Hall and his filmmaking team, who brought you Deep Sea and Into the Deep, take you into tropical waters alive with adventure: the Great Barrier Reef and other South Pacific realms. Narrated by Jim Carrey and featuring astonishing camerawork, this amazing film brings you face to fin with Nature's marvels, from the terrible grandeur (and terrible teeth) of a Great White to the comic antics of a lovestruck cuttlefish. Excitement and fun run deep Under the Sea!"

'Sonic the Hedgehog' Trailer Feels the Need for Speed