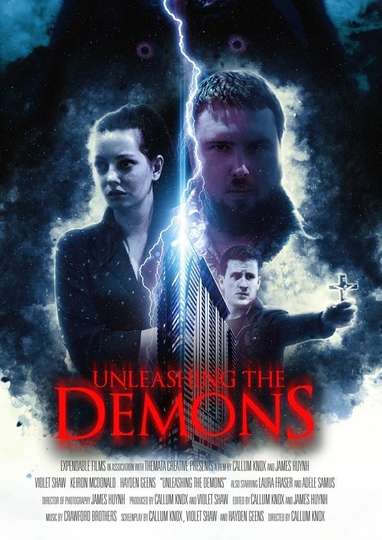 Unleashing the DemonsStream and Watch Online

Want to behold the glory that is 'Unleashing the Demons' on your TV, phone, or tablet? Discovering a streaming service to buy, rent, download, or watch the Callum Knox-directed movie via subscription can be difficult, so we here at Moviefone want to do right by you.

Below, you’ll find a number of top-tier streaming and cable services - including rental, purchase, and subscription options - along with the availability of 'Unleashing the Demons' on each platform. Now, before we get into the nitty-gritty of how you can watch 'Unleashing the Demons' right now, here are some finer points about the Expendable Films horror flick.

Released , 'Unleashing the Demons' stars Violet Shaw, Keiron McDonald, Hayden Geens, Laura Fraser The movie has a runtime of about 1 hr 23 min, and received a user score of (out of 100) on TMDb, which assembled reviews from well-known users.

Curious to know what the movie's about? Here's the plot: "Five years after being hospitalised, Derek is released into the care of his cousin, April. But Derek believes he's possessed, and a series of encounters leaves April to question if this is mental illness or something more sinister."

'Unleashing the Demons' is currently available to rent, purchase, or stream via subscription on Amazon Video, and Tubi TV .