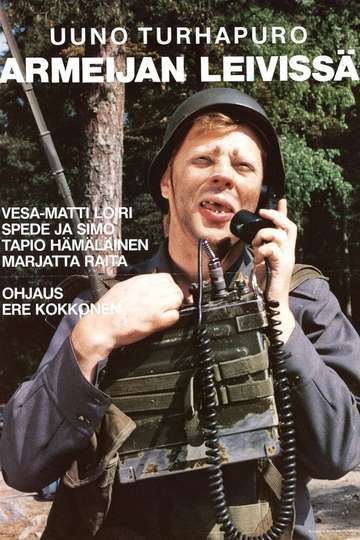 Uuno is forced to complete his mandatory military service when it is revealed that he only spent one day in the army in his youth. As is typical of the Turhapuro series his family and friends become closely tied in with these events. His friends Härski Hartikainen and Sörsselssön return to the army for a refresher course and by chance Uuno's father-in-law, Councillor Tuura is made the Finnish Defence Minister. In one of the most memorable scenes, Uuno's wife, Elisabeth, dresses as Uuno and substitutes him for a day as Uuno has an apparently urgent meeting (at a restaurant) and while becoming lost in the woods with a malfunctioning radio, Tuura accidentally declares war on Sweden.