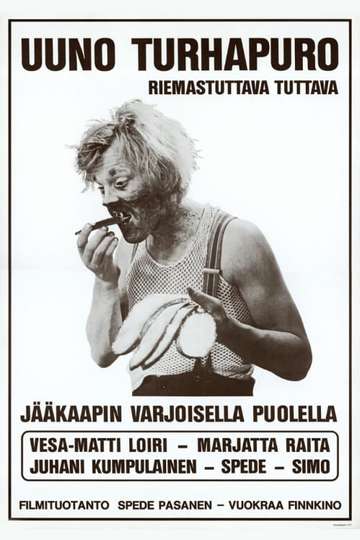 Uuno goes with his wife to spend summer holiday to their villa in country, studies playing of the violin in a correspondence course and constructs an own violin with do-it-yourself-method, but quits his career when he perceives that takes his free time too much and comes back to live the life "in the shadow of a fridge". In the start scene of film a priest (Ere Kokkonen as voice) says in the Uuno's weddings that his complete name is Uuno Eero Turhapuro, whereas it's in the all later Uuno-films Uuno Daavid Goljat Turhapuro.