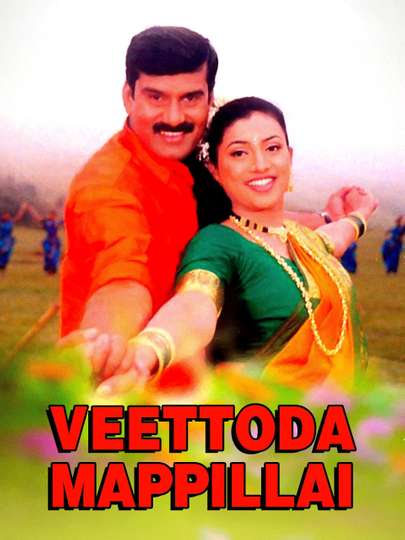 Yearning to watch 'Veettoda Mappillai' in the comfort of your own home? Finding a streaming service to buy, rent, download, or watch the V. Sekhar-directed movie via subscription can be a huge pain, so we here at Moviefone want to help you out.

We've listed a number of streaming and cable services - including rental, purchase, and subscription options - along with the availability of 'Veettoda Mappillai' on each platform when they are available. Now, before we get into the fundamentals of how you can watch 'Veettoda Mappillai' right now, here are some details about the Thiruvalluvar Kalaikoodam comedy flick.

Released , 'Veettoda Mappillai' stars Napoleon, Roja Selvamani, Vijayakumar, Charle The movie has a runtime of about 2 hr 20 min, and received a user score of (out of 100) on TMDb, which compiled reviews from knowledgeable users.

Interested in knowing what the movie's about? Here's the plot: "Kandaswamy (Vijayakumar), a restaurant owner, has a son named Muthupandi (Thalaivasal Vijay) and three daughters: Meena (Roja), Jamuna (Kalpana), and Rani (Kovai Sarala). When Muthupandi was young, he fought with his father, cut his father's hand with a knife, and ran away to Mumbai. Alone, Kandaswamy brings up his daughters. His elder two daughters marry his relatives Ganga (Charle) and Dhamu (Vaiyapuri), two jobless and lazy sons-in-law."

'Veettoda Mappillai' is currently available to rent, purchase, or stream via subscription on Eros Now, and Sun Nxt .