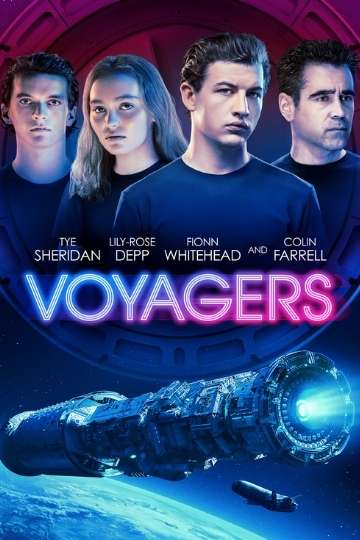 Yearning to watch 'Voyagers' on your TV or mobile device at home? Finding a streaming service to buy, rent, download, or watch the Neil Burger-directed movie via subscription can be a huge pain, so we here at Moviefone want to do right by you.

We've listed a number of streaming and cable services - including rental, purchase, and subscription choices - along with the availability of 'Voyagers' on each platform when they are available. Now, before we get into the nitty-gritty of how you can watch 'Voyagers' right now, here are some details about the Thunder Road, Nota Bene Film Group science fiction flick.

Released April 9th, 2021, 'Voyagers' stars Tye Sheridan, Lily-Rose Depp, Fionn Whitehead, Colin Farrell The PG-13 movie has a runtime of about 1 hr 48 min, and received a user score of 61 (out of 100) on TMDb, which collated reviews from 537 experienced users.

Want to know what the movie's about? Here's the plot: "With the future of the human race at stake, a group of young men and women, bred for intelligence and obedience, embark on an expedition to colonize a distant planet. But when they uncover disturbing secrets about the mission, they defy their training and begin to explore their most primitive natures. As life on the ship descends into chaos, they'™re consumed by fear, lust, and the unsatiable hunger for power."

Girl in the Picture
"Her identity was a mystery to everyone. Even her."

Stowaway
"Millions of miles from home, survival comes with sacrifice."
Monsters of Man

Shadow in the Cloud
"Every mission has its demons."

The Colony
"Will Earth wait for us?"
Fear
"Together forever. Or else."
The Comeback Trail
"Hollywood has never pulled a stunt like this!"

Warning
"We have lost CTRL."

Chaos Walking
"No one escapes the noise."