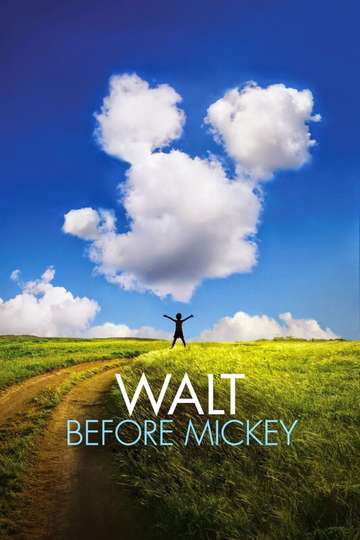 Want to watch 'Walt Before Mickey' on your TV, phone, or tablet? Searching for a streaming service to buy, rent, download, or view the Khoa LÃª-directed movie via subscription can be tricky, so we here at Moviefone want to do the heavy lifting.

Read on for a listing of streaming and cable services - including rental, purchase, and subscription alternatives - along with the availability of 'Walt Before Mickey' on each platform. Now, before we get into all the details of how you can watch 'Walt Before Mickey' right now, here are some specifics about the drama flick.

Released April 3rd, 2015, 'Walt Before Mickey' stars Thomas Ian Nicholas, Jon Heder, David Henrie, Jodie Sweetin The G movie has a runtime of about 2 hr, and received a user score of 65 (out of 100) on TMDb, which assembled reviews from 195 top users.

Want to know what the movie's about? Here's the plot: "Based on the book "Walt Before Mickey" covers the early years of Walt Disney's career. The legendary Walt Disney had a tumultuous childhood, yet he was determined to overcome obstacles in his path, before the creation of his first iconic character: Mickey Mouse."

Barbie and the Magic of Pegasus 3-D
Princess Annika (Barbie) escapes the clutches of the evil wizard, expl...

Barbie in the Nutcracker
"Barbie" stars as Clara in this animated retelling of the classic Chri...

Stuck in the Suburbs
Brittany Aarons is one of the many girls who has a crush on popular s...

A Christmas Prince
When a reporter goes undercover as a nanny to get the inside scoop on...

Barbie in The 12 Dancing Princesses
King Randolph sends for his cousin Duchess Rowena to help turn his dau...

The Muppets
When Kermit the Frog and the Muppets learn that their beloved theater...

Rudolph the Red-Nosed Reindeer
Sam the snowman tells us the story of a young red-nosed reindeer who,...