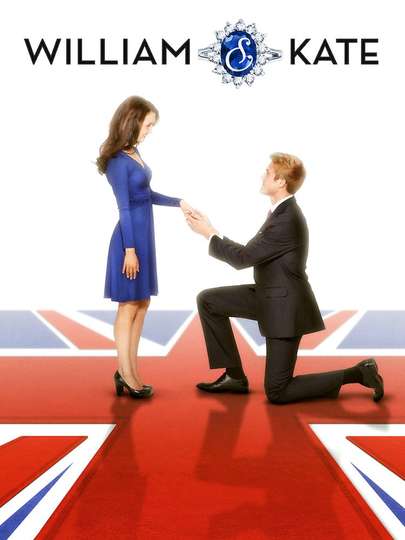 Want to behold the glory that is 'William & Kate' on your TV, phone, or tablet? Searching for a streaming service to buy, rent, download, or watch the Mark Rosman-directed movie via subscription can be a huge pain, so we here at Moviefone want to do the work for you.

We've listed a number of streaming and cable services - including rental, purchase, and subscription options - along with the availability of 'William & Kate' on each platform when they are available. Now, before we get into all the details of how you can watch 'William & Kate' right now, here are some finer points about the Lifetime, SevenOne International, The Königsberg Company, Silverscreen Pictures tv movie flick.

Released April 18th, 2011, 'William & Kate' stars Camilla Luddington, Nico Evers-Swindell, Victoria Tennant, Charles Shaughnessy The movie has a runtime of about 1 hr 23 min, and received a user score of 57 (out of 100) on TMDb, which assembled reviews from 101 respected users.

Curious to know what the movie's about? Here's the plot: "William & Kate is the first of two unrelated American television films about the relationship between Prince William and Catherine "Kate" Middleton (now The Duke and Duchess of Cambridge), directed by Mark Rosman and written by Nancey Silvers. The film was a ratings success, despite the negative reception from critics. The second film William & Catherine: A Royal Romance was produced by a different company and released in August 2011."

'William & Kate' is currently available to rent, purchase, or stream via subscription on DIRECTV, Microsoft Store, Amazon Video, and Hoopla .

No Strings Attached
"Friendship has its benefits."

Endless Love
"Say Goodbye To Innocence"
The Rebound
"She's still got it. He's just getting it."
The Prince & Me: A Royal Honeymoon

Veronica Mars
"She thought she was out."
A Cinderella Story: Once Upon a Song
"Can the girl with a dream voice sing happily ever after?"

The Vow
Little Indian, Big City
"The city is a jungle. Some are just better prepared for it, than others."
Prom
"There are hundreds of nights in high school, but there’s only one prom."

The Prince & Me
"Finding your inner princess can be such a royal pain."

The Lifeguard
"This Summer Growing Up is Optional"

What a Girl Wants
"Trying to fit in. Born to stand out."

First Daughter
"The girl who always stood out is finally getting the chance to fit in."

You May Not Kiss the Bride
"Till honeymoon do us part"
William & Catherine: A Royal Romance
Tristan & Isolde
"Fighting countries can still love..."
Chalet Girl
"How to marry a billionaire."