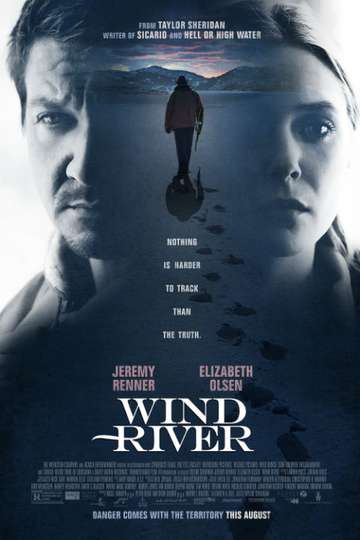 Looking to watch 'Wind River' on your TV, phone, or tablet? Tracking down a streaming service to buy, rent, download, or watch the Taylor Sheridan-directed movie via subscription can be a huge pain, so we here at Moviefone want to help you out.

Below, you’ll find a number of top-tier streaming and cable services - including rental, purchase, and subscription options - along with the availability of 'Wind River' on each platform. Now, before we get into all the details of how you can watch 'Wind River' right now, here are some particulars about the Savvy Media Holdings, Thunder Road, Film 44, Acacia Filmed Entertainment, Riverstone Pictures, Voltage Pictures, Wild Bunch Distribution, Synergics Films, Star Thrower Entertainment, Tunica-Biloxi Tribe of Louisiana, The Fyzz mystery flick.

Released August 4th, 2017, 'Wind River' stars Jeremy Renner, Elizabeth Olsen, Gil Birmingham, Kelsey Asbille The R movie has a runtime of about 1 hr 47 min, and received a user score of 74 (out of 100) on TMDb, which collated reviews from 3,933 experienced users.

What, so now you want to know what the movie’s about? Here's the plot: "An FBI agent teams with the town's veteran game tracker to investigate a murder that occurred on a Native American reservation."

The Foreigner
Quan is a humble London businessman whose long-buried past erupts in a...

Three Billboards Outside Ebbing, Missouri
After seven months have passed without a culprit in her daughter's mur...

Dunkirk
The story of the miraculous evacuation of Allied soldiers from Belgium...

It Comes at Night
Secure within a desolate home as an unnatural threat terrorizes the wo...

I, Tonya
Competitive ice skater Tonya Harding rises amongst the ranks at the U....

War for the Planet of the Apes
Caesar and his apes are forced into a deadly conflict with an army of...

The Hitman's Bodyguard
The world's top bodyguard gets a new client, a hit man who must testif...