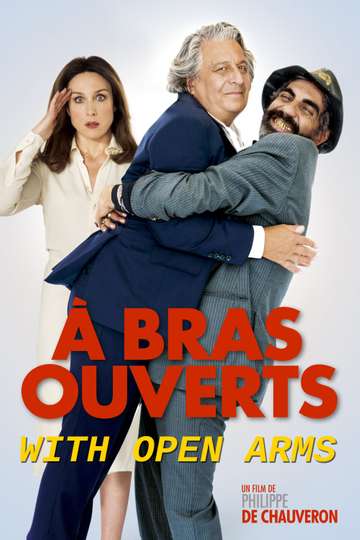 "Thanks for the invitation!"
TMDb Score
53
NR 1 hr 32 minComedy
Jean-Étienne Fougerole is an intellectual bohemian who released his new novel "In Open Arms" and calling the wealthiest people to welcome home the families in need. While he promotes his book during a televised debate, his opponent criticized him for not applying what he himself advocates. While stuck, Jean-Étienne Fougerole accepts the challenge, for fear of being discredited. The same evening, a family of Roma rings the door of his Marnes-la-Coquette villa and the writer feels obliged to house them.
Show More
DirectorPhilippe de Chauveron
StarringChristian ClavierAry AbittanElsa Zylberstein
Where to WatchFull Cast & Crew

Back to Mom's
At 40, Stephanie loses her job and is forced to move back in with her...

The Tuche Family: The American Dream
Les Tuche, a modest french family, change his life after winning a sup...

You Choose!
Even at the age of 40, Juliette is used to other people making decisio...

If I Were a Boy
Jeanne wakes up one morning and her life is about to take a funny turn...

Room(h)ates
Delphine and Yvan divorce. While his financial situation does not allo...

Alibi.com
Greg founded a company called Alibi.com that creates any type of alibi...