Moviefone speaks with Andie MacDowell, Chyler Leigh and Sadie Laflamme-Snow about 'The Way Home.' "I was just blown away by the script," MacDowell said.

Premiering January 15th on the Hallmark Channel is the new original series ‘The Way Home,’ which was created by Heather Conkie, Alexandra Clarke and Marly Reed.

The series stars Chyler Leigh ('Supergirl') as Kat Landry, Sadie Laflamme-Snow (‘Love Triangle Nightmare’) as her 15-year-old daughter Alice, and Andie MacDowell (‘Groundhog Day’) as Kat's estranged mother Del. More than 20 years prior, a life-changing event created a chasm in their family that time has yet to repair.

Kat and Del still aren’t on speaking terms, Alice has never met her grandmother and is unaware of the reasons for their fractured family. When the three generations come together under one roof for the first time in more than two decades, a surprising discovery unexpectedly sets the trio on a path toward healing and helps them find their way back to each other.

Moviefone recently had the pleasure of speaking with Andie MacDowell, Chyler Leigh and Sadie Laflamme-Snow about their work on ‘The Way Home,’ their first reaction to the screenplays, and the relationship between their characters. 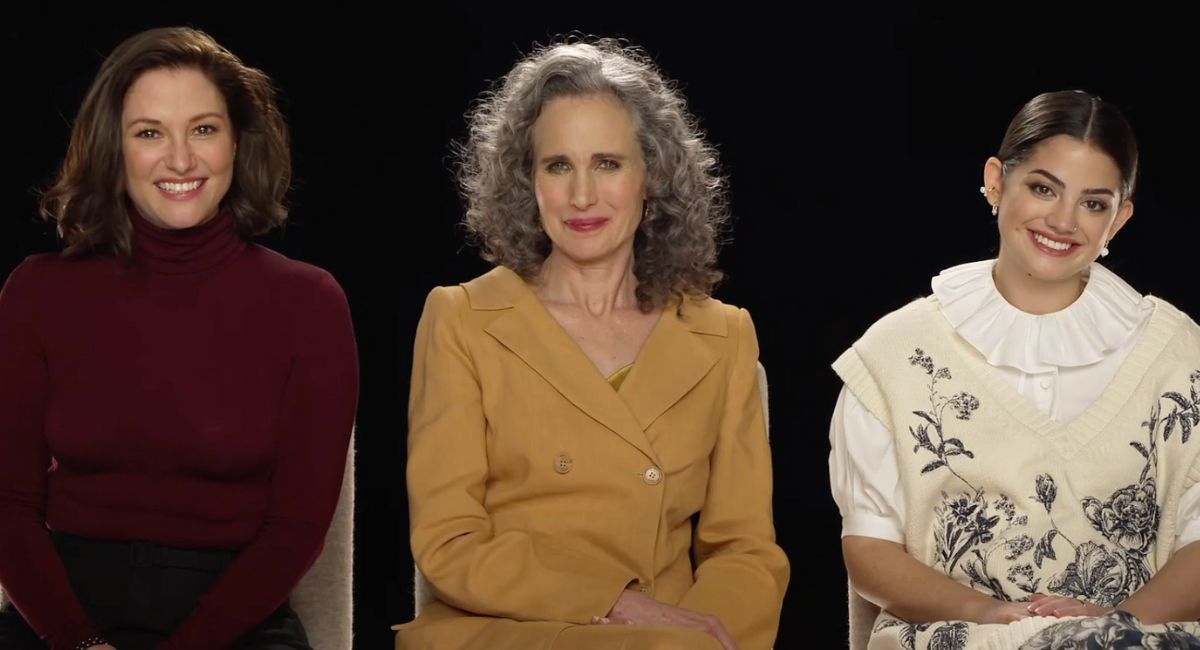 You can read the full interview below or click on the video player above to watch our interviews with Andie MacDowell, Chyler Leigh and Sadie Laflamme-Snow about ‘The Way Home.’

Moviefone: To begin with, Andie, what was your first reaction when you read the screenplay for the pilot?

Andie MacDowell: I was just blown away by the script. It just gave me chill bumps. I love the fact that it took place on this farm. That was really appealing to me that I had bees. I was like, "Oh, I love that." Then she has these young people that come. I love that, being a mature person but still interacting with younger people.

But then when my daughter comes home, and we have all this trouble between us, she brings my granddaughter that I've not had the opportunity to be with. I warn her about this pond, and she goes into the pond and then ends up going back in time and seeing me in 1999 and meeting her mother at 15. That's when it blew my mind open and it continues to happen over the season. We couldn't wait to get the next script and were so surprised by what was happening. It's a real trip. It's a great trip. It's very different for Hallmark, though. But they still have great romance and some beautiful men.

MF: Chyler, when you are creating a new character for a series like this, are you given the scripts for the entire season, or do you have to take it episode by episode?

Chyler Leigh: That's very interesting because I guess that's kind of life anyway. But for us, the way that we were filming, because we did 10 episodes, we'd get 2 episodes at a time. So, it was like we did episodes 1 and 2 together, then 3, 4, 5, and 6. So, we had a little bit of insight as to where we were going. Then of course our showrunners and writers, they gave us bits and pieces of what to look forward to. But it was just as much a mystery and surprise to us when we got to see this journey as our characters kind of discovering where they are in their lives. We also see the consequences of Alice’s time-traveling and how that can affect your current time.

MF: Sadie, can you talk about the time-traveling elements of the series?

Sadie Laflamme-Snow: It's been really exciting. It's a great challenge as an actor too, just to be holding that kind of information in two different timelines. It almost felt like you're the liaison between what felt at times like two different casts completely. Because the worlds are very separated in a lot of ways. The opportunity for Alice to meet her mom when her mom is a teenager and they become best friends. But in the present day, we're struggling so much to communicate and to connect. So, in terms of how the past was informing the present, it was just an amazing challenge and just so much fun. I think it's going to be really thrilling for the audience because they're in on it with Alice.

MF: Finally, Chyler, can you talk about where Kat is in her life when the series begins and why she decides to move back in with her mom when they haven’t spoken in years?

CL: When we pick up where Kat is, she's just been laid off from her job. She's in the midst of separating from her husband and she's kind of just come to this crossroads. She doesn't know what she’s doing, where she’s going, and she’s struggling in the midst of the separation, with her daughter trying to figure out how to communicate and they're just butting heads all the time. So, she ends up after 20 years of not speaking to her mother, in the wake of a really big tragedy in our family, she gets this mysterious letter that Del is saying, "Come home."

It's sort of like, this an opportunity to heal? Is this an opportunity to get the apologies that she feels she deserves and kind of work through the guilt that she feels? She's bringing her daughter for the first time ever to meet her grandmother. So, with all of that, we pick up where everybody is in their own struggles and figure out how they can either work together or how being in the past from Alice's perspective, can heal where they are now and move forward.

The Flash and Arrow Switch Roles in 'Elseworlds' Crossover, and Fans Have Feelings