Moviefone speaks with Brie Larson about her new Disney+ series. “It allowed me to meet eleven incredible young people who are paving the way for all of us.”

Premiering September 8th on Disney+ is the new docuseries ‘Growing Up,’ which was created and directed by Oscar winner Brie Larson (‘Captain Marvel’).

The new documentary series explores the challenges and complexities of adolescence through ten compelling real-life coming of age stories. The series uses narrative, experimental, and documentary filmmaking to follow one individual, ages 18-22, as they tell their story. Each 30-minute episode features one young person, or “hero,” and their experience growing up.

Moviefone recently had pleasure of speaking with executive producer and director Brie Larson, as well as series “heroes” Alex Crotty, Sage Grace Dolan-Sandrino, and Emily Flores about their work on “Growing Up,” how Larson came up with the idea for the series, and how the heroes felt about telling their stories on camera. 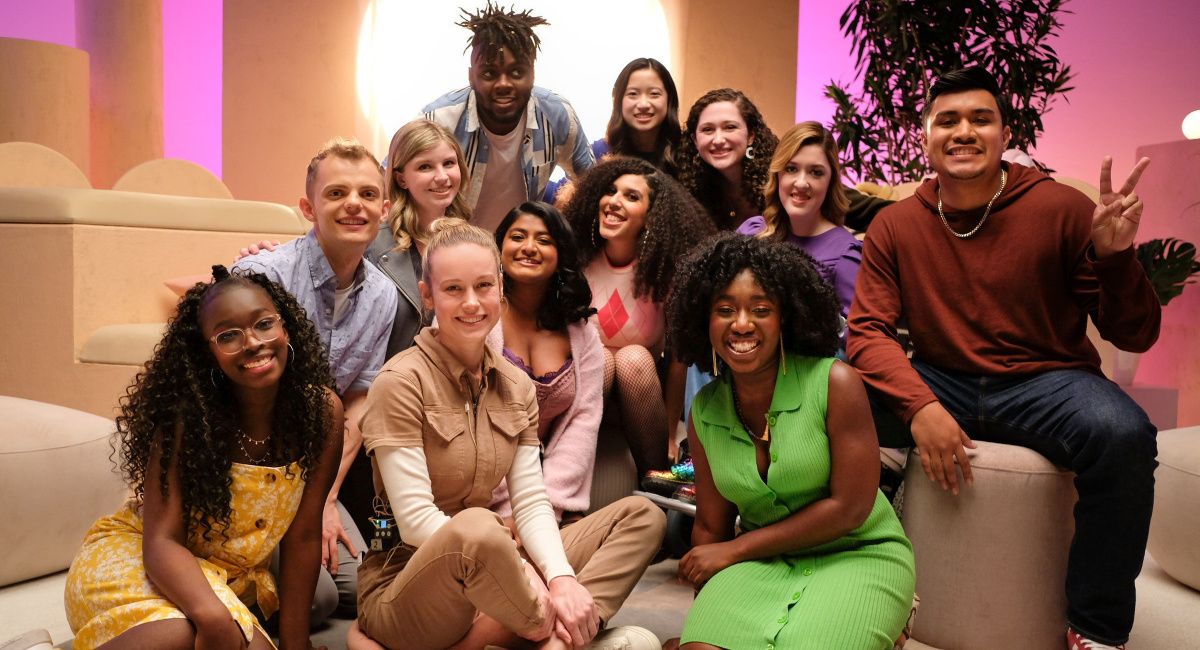 You can read the interview below or click on the video player above to watch our interviews with Larson, Crotty, Dolan-Scandrino, Flores, and the rest of the cast and crew.

Moviefone: To begin with, Brie, how did you come up with the idea for this series?

Brie Larson: I was driving and was thinking that I was just completely and totally unlovable. I was like, "Why do I feel that way? Like why?" I started asking friends and family members, if they felt that way. I realized that the people that I cherished the most of my life were hanging on to things that they thought were shameful that were absolutely not.

So, that was the beginning of this, which then turned into this after many years of thinking about it and talking about it. It turned into this series, focusing on coming of age, on growing up and the moments when we start to process if there's things about ourselves that we're supposed to hide from the world. It allowed me to meet eleven incredible young people who are my heroes and are paving the way for all of us.

Alex as seen in Disney's 'Growing Up.' Credit: Disney/Anthony Artis.

MF: Alex, what was it like for you to tell your story to the world in this documentary series?

Alex Crotty: Oh, it was the most incredible thing. I'm surrounded by the most talented, brilliant cohorts of young people. We all had to go through the process of sharing our stories. So, there was so much compassion for each other and it felt very natural to be able to talk to these people.

These are going to be my friends for life. I adore them so much, and there's so much common ground between all of our stories, even though they're all so unique. Being able to share these stories with each other and build a community was so touching. I'm going to hold that with me for the rest of my life.

Sage as seen in Disney's 'Growing Up.' Credit: Disney/Anthony Artis.

MF: Sage, how do you feel knowing that your story is going to reach such a wide audience?

Sage Grace Dolan-Sandrino: I'm incredibly excited. I am excited because I know that this show and my episode was something that I needed growing up. I didn't have representations of what it was to be trans, to be a trans woman of color, to be a trans young person. I didn't have many opportunities to even see what it might look like for me after high school, because I couldn't imagine anything beyond it.

So, I'm very, very excited. I'm also really happy to say that so much of my community was included in my episode. You see some of my best friends, Olivia and Dee. I'm really glad to say that, second to Sandra Caldwell, who played Drinka on ‘The Cheetah Girls’ on Disney, we are the first black trans woman to ever be on Disney. I'm excited for us to be second to Sandra and just the first of many to follow.

Emily as seen in Disney's 'Growing Up'. Credit: Disney/Anthony Artis.

MF: Finally, Emily, what do you hope audiences take away from watching this series?

Emily Flores: I think what I really hope that people take away is that for me specifically, I just think that it is so scarce in the media right now to see a fully dimensional, fully honest and representative story about disability and much less a young disabled person. So, what I really hope that kids from all ages take away is they see that being different and embracing our differences is not bad.

"Growing Up' premieres on September 8th on Disney+.