The Hall of Fame Basketball player discusses the new Apple TV+ documentary series about his iconic life and career. 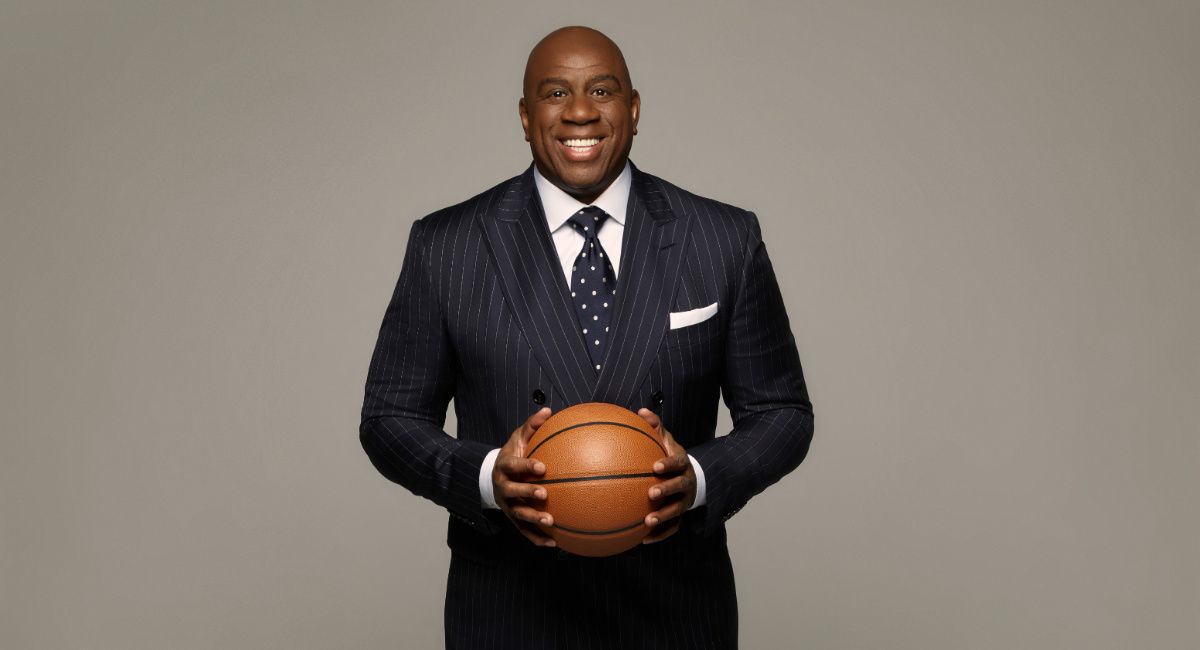 Premiering on Apple TV+ beginning April 22nd is the new 4-part documentary series ‘They Call Me Magic,’ which chronicles the life and career of NBA Hall of Famer, Earvin “Magic" Johnson.

Moviefone recently had the pleasure of speaking with Earvin “Magic" Johnson about his life, career, and his new Apple TV+ documentary ‘They Call Me Magic.’

You can read our full interview with Earvin “Magic’ Johnson below or watch the interview by clicking on the video player above.

Moviefone: To begin with, having lived it, what is it like for you to watch this four-part documentary about your own life?

Earvin “Magic" Johnson: I've watched it twice now. We premiered it in Austin. Then, of course, having the big premiere just the other day, a couple days ago. So yes, I did watch it. I haven't watched all four hours, because I wanted my own popcorn, so I could see it when it came out on Apple TV+.

We could have used probably 20 hours, right? I'm happy about the product and the story, my journey all the way back to Lansing, Michigan, until now. My parents are in it. My brothers and sisters, my beautiful wife, Cookie, my kids, EJ, Andre, Elisa, guys who I played high school with, my friends who I didn't play basketball with but just hung out with, and a couple U.S. Presidents, Bill Clinton and Barack Obama as well.

So, when you think about Michael Jordan, Larry Bird, Shaq, Dwyane Wade, all these people with different lives, Snoop, they're all in it, and it makes for great TV. But also, they can share their own experience or what they feel about me or what they feel about some of the things that I've been able to do in life. So, it takes you through a journey, ups and downs. It's going to make you cry, laugh, think, and that's what I like, that it's going to touch every emotion in your body.

Moviefone: Finally, not only were you extremely successful on the basketball court, but you’ve gone on to have an amazing career off-the court as a businessman. Where do you think your incredible work ethic came from?

EMJ: I think my parents because I'm built like both of them. My father worked two jobs his whole life, so his work ethic was off the chart. I'm just him. My mindset is just like his. I'm disciplined. I'm focused. So, everything that my father is, I am.

Then I'm like my mother, her charisma, her smile, her wanting to help the world and give back to the world. I got that from her. That's why I do all the things that I do in the inner cities of America, in the underserved communities, giving back to the Black and Brown community, creating scholarships, and all the things that I do, is because my mother instilled that in me.