It’s early days for this one but could be a winner for Murphy. 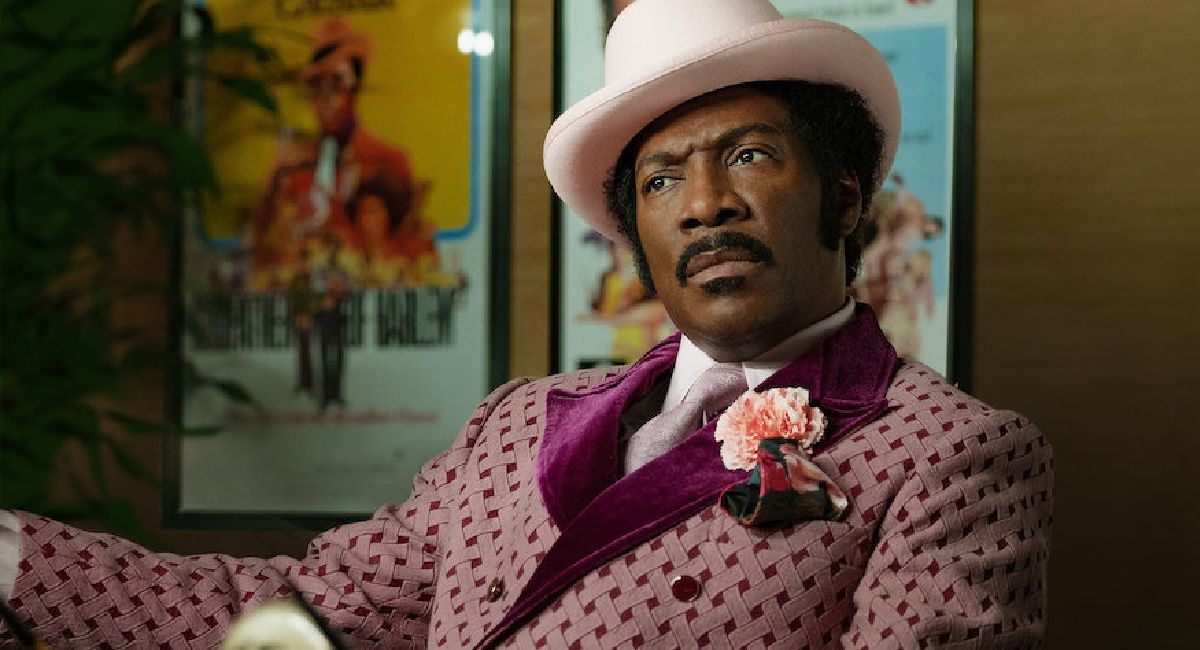 Eddie Murphy in Netflix's 'Dolemite Is My Name.'

Eddie Murphy scored a major success – and, in our opinion, was robbed of a worthy Oscar nomination – for playing a real-life person in Netflix’s ‘Dolemite is My Name’. He’s looking to re-enter the biopic world with a new movie, one about musical legend George Clinton.

Clinton is widely considered to be the Godfather of Funk, rivaling James Brown and Sly Stone as the foremost innovators in that musical genre. The film will tell the story of the iconic musician’s humble beginnings in North Carolina in the 1940s to the formation of groundbreaking bands and ultimately to becoming a major influence on artists of the hip-hop generation including Tupac Shakur, Dr. Dre, Snoop Dogg, Ice Cube, Outkast and Wu-Tang Clan, among many others.

In case the name is unfamiliar, his band Parliament-Funkadelic (abbreviated as P-Funk) is an American funk music collective of rotating musicians headed by Clinton, primarily consisting of the bands Parliament and Funkadelic, both active since the 1960s. Their distinctive funk style drew on psychedelic culture, outlandish fashion, science-fiction, and surreal humor; and, along with their influential status, helped pioneer Afrofuturism.

Murphy, according to Deadline, is passionate about this idea, so expect it to move quickly.

Still, it's very early days for this one; Murphy is aboard to both star and produce alongside with John Davis and Catherine Davis, who will work through their Davis Entertainment banner. The trio is busy making a deal with Clinton, a Rock and Roll Hall of Famer and Grammy Lifetime Achievement Award winner, for his life and musical rights.

Once that happens, they’ll look for writers who can bring his fascinating story to life – and we figure their best bet might be biopic experts Scott Alexander and Larry Karaszewski, who worked so well with Murphy on ‘Dolemite’ -but you never know who might get the gig.

When those pesky details are in place, the team can start to shop the project around various studios and streamers, and there’s a chance that it could land at Amazon, where Murphy has a deal following the success of ‘Coming 2 America.’ Yet ‘Dolemite’ – which also had the Davis Entertainment duo as producers, was made for Netflix, so don’t count out their big rivals.

As an actor, Murphy has Kenya Barris comedy ‘You People’ – in which he stars opposite Jonah Hill – making its way through post-production at Netflix and keeps talking up the idea of returning to the role of Axel Foley for a fourth ‘Beverly Hills Cop’ movie.

Music biopics are a popular subject right now, with Baz Luhrmann’s ‘Elvis’ due in theaters on June 24, ‘Once’ director John Carney just attached to the long-gestating Bee Gees film and Naomi Ackie playing Whitney Houston in ‘I Wanna Dance with Somebody’, which is set for release on December 21st.