The Netflix sequel will see Brown’s young detective starting her own agency and heading out on a new case that will lead her into fresh danger. 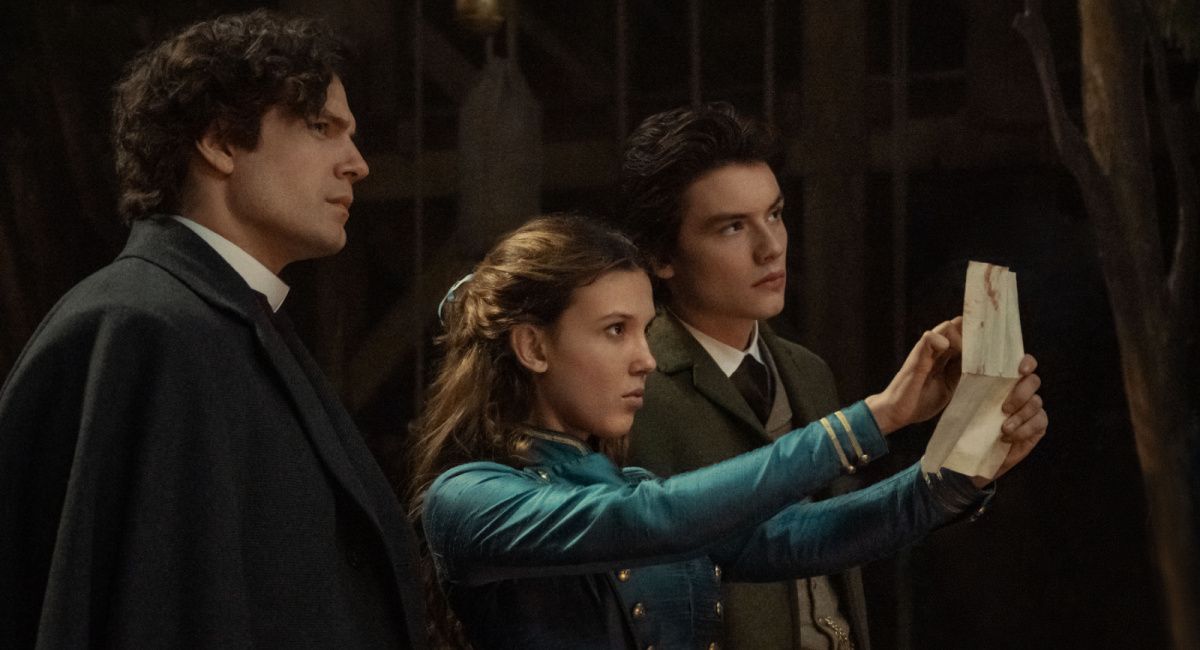 Roughly two years ago, Netflix cemented its association with ‘Stranger Things’ star Millie Bobby Brown by having her star in and produce ‘Enola Holmes’, in which she plays Sherlock Holmes’ younger sister.

Co-starring Henry Cavill as Sherlock, Sam Claflin as eldest brother Mycroft and Helena Bonham Carter as her troubled mother Eudoria Holmes, it was a hit for the streaming service and naturally spawned talk of a sequel, not least because the movie adapted Nancy Springer’s book series, which meant other stories were available.

The first movie found Enola taking her first steps in her detective brothers’ path, using her genius intellect to figure out why her mother went missing and how it all ties into a conspiracy around a mysterious young lord.

Here’s the plot for this one… Fresh off the triumph of solving her first case, Enola Holmes (Brown) follows in the footsteps of her famous brother, Sherlock (Cavill), and opens her own agency — only to find that life as a female detective-for-hire isn’t as easy as it seems.

Resigned to accepting the cold realities of adulthood, she is about to close shop when a penniless matchstick girl offers Enola her first official job: to find her missing sister.

But this case proves to be far more puzzling than expected, as Enola is thrown into a dangerous new world — from London’s sinister factories and colorful music halls to the highest echelons of society and 221B Baker Street itself.

As the sparks of a deadly conspiracy ignite, Enola must call upon the help of friends — and Sherlock himself — to unravel her mystery. The game, it seems, has found its feet again!

The cast this time includes the returning likes of Bonham Carter, Louis Partridge (as Tewkesbury), Susan Wokoma (as Edith) and Adeel Akhtar (as Lestrade). New to the ensemble are Sharon Duncan-Brewster and David Thewlis, the latter of whom is currently creeping audiences out in ‘The Sandman’.

Behind the camera is the same team as the 2020 movie – director Harry Bradbeer and writer Jack Thorne, once again adapting Springer’s ‘Enola Holmes’ book series. And, of course, some credit goes to Sir Arthur Conan Doyle, who created the Sherlock Holmes characters from which ‘Enola’ draws its inspiration.

Netflix and the filmmakers will, of course, be hoping to avoid the legal troubles that followed the release of the original. The Conan Doyle estate brought a lawsuit claiming that the “warmer” Sherlock as portrayed by Cavill is drawn from stories that are still under copyright. The case was eventually dismissed, though in a way that points to a settlement being paid. With luck, that’ll ensure that Enola stays out of the courtroom this time – at least, off the screen.

"The sequel is afoot!"
Not Yet Rated