The call is coming from inside the grave in the new look at the movie, starring Jaeden Martell and Donald Sutherland.

With John Lee Hancock writing and directing this one, the first trailer is now also online.

‘Mr. Harrigan’s Phone’, which was first published in 2020 as part of a King collection titled ‘If It Bleeds’, follows the likes of ‘Gerald’s Game’ and ‘In The Tall Grass’.

The story follows Craig (Jaeden Martell, while Colin O’Brien plays him as a younger kid), who lives in a small town. He befriends Mr. Harrigan, an older, reclusive billionaire (Donald Sutherland), the two begin to form an unlikely bond over their love of books and reading.

Craig is a quiet, shy boy and has been dealing with bullying at school. He asks Mr. Harrigan how he dealt with people looking to take advantage of him in his day and gets a quick answer… “Harshly”. 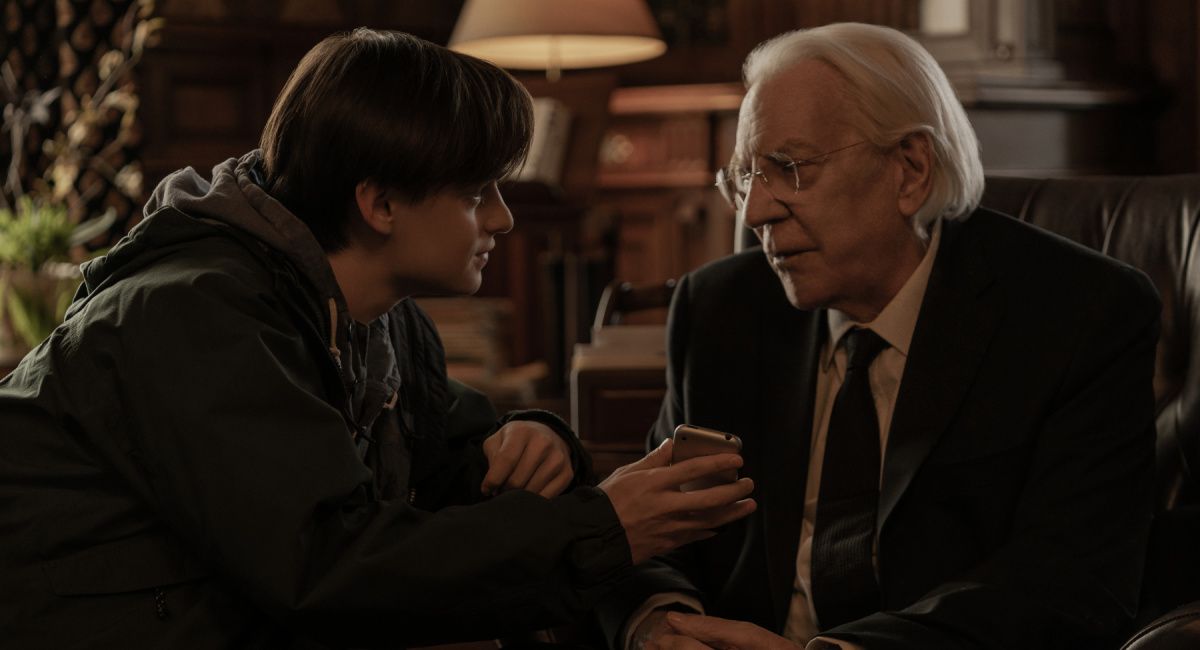 And when Mr. Harrigan (mild spoiler alert, though it’s really part of the basic concept) sadly passes away, Craig discovers that not everything is dead and gone and strangely finds himself able to communicate with his friend from the grave through an iPhone (the movie is set in the first year of the iconic communication device’s existence).

Naturally, Craig, who finds his bullies stepping up their campaign of violence, turns to his friend for help, even if Mr. Harrigan has passed to the great beyond. And the body count soon start to mount. Certain connections, it turns out, are never lost. Which will come as a surprise to anyone who has ever used a mobile phone.

With Ryan Murphy (who has plenty of his own Netflix experience) producing, the cast for the movie also includes Kirby Howell-Baptiste, Joe Tippett, Cyrus Arnold, Thomas Francis Murphy and Peggy J. Scott.

Hancock accepted the challenge of turning a relatively short story into a movie. “Because it’s a novella and it’s only 80-something pages, you have to jump in and grab onto thematically what I think he’s trying to say and activate some of it into scenes that aren’t necessarily all in the novella,” he tells Netflix’s Tudum blog.

His biggest concern, though, was pleasing the man behind the story. “You finish a script and you realize you’ve got to send it to Stephen, and you’re going to get a thumbs up or a thumbs down,” Hancock says. “You go, ‘Oh my God, Stephen King’s reading my script. I hope he likes it.’”

We’ll all see if we like it when the movie lands on Netflix on October 5th.

Craig, a young boy living in a small town befriends an older, reclusive billionaire, Mr. Harrigan. The two form a bond over books and an iPhone, but when the man... Read the Plot