She’s at work on what is described as a fresh take on the long-running sex comedy franchise for Universal. 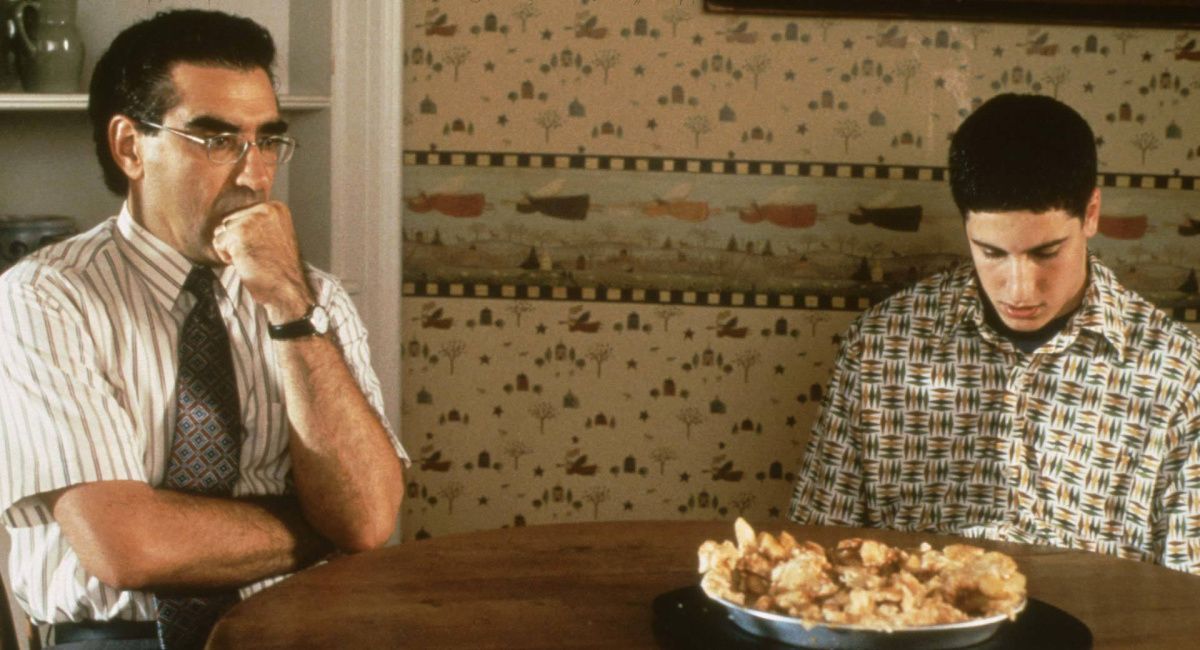 ‘American Pie’ might have had relatively humble (pie) beginnings, but the 1999 sex comedy has become quite the franchise for Universal.

And rather than trying to reheat leftovers of the original and its various sequels and spin-offs, the studio is aiming to deliver a fresh slice.

Sujata Day, an actor, writer and filmmaker who broke out on Issa Rae’s ‘Insecure’ and who made a splash by writing, directing and appearing in 2020 indie movie ‘Definition Please’ has now been hired to write a new movie.

At this point, no one involved is giving away any of the story recipe, but The Hollywood Reporter mentions that it’ll be a brand new story with a different cast.

It was a giant hit, earning $235 million worldwide from an $11 million budget and led to three main sequels with the original cast (‘American Pie 2’, ‘American Wedding’ and ‘American Reunion’) and spun-off a bevy of straight-to-video movies with new actors under the ‘American Pie Presents’ banner.

It’s hardly a surprise that Universal would want to go back for another serving: this is a recognizable title, can be adapted to tell any variety of coming of age and sexual yearning stories and would be cheap to produce, featuring new or rising faces and little in the way of giant visual effects (unless Day plans ‘American Pie: Space Race’, which we would honestly watch).

What’s raising our eyebrows is the idea that Day would leap on to something like this – her work has been a little more nuanced than your average ‘Pie’ pic, though original director Paul Weitz (working with brother Chris as producer) always managed to infuse their movies with a lot of heart.

Chances are, Day’s pitch included some new take on the idea, and will no doubt give female characters a little more agency (though again, the ‘Pie’ movies always managed to include some of that).

In addition to her work on ‘Insecure’ (plus appearing before that on Rae’s ‘The Misadventures of Awkward Black Girl') and her successful, award-winning directorial debut, Day has been busy, guesting on shows such as ‘I Think You Should Leave with Tom Robinson’, YouTube’s ‘This Is My Story’, ‘Brooklyn Nine-Nine’ and ‘Life in Pieces’ plus movies including ’20 Weeks’, ‘Death of a Telemarketer’ and ‘For the Hits’.

Since it’s still at a very early stage, Universal has yet to announce any potential release date, nor is there a director attached just yet.

But if you were hoping for more ‘Pie,' it looks like your order is up.

'Insecure': HBO Is Giving You 24 Hours to Binge Show for Free Before Season 2 Premieres

Which New Fall TV Show Should You Watch? [QUIZ]

Fresh Comic Voice Issa Rae Has Nothing to Be 'Insecure' About