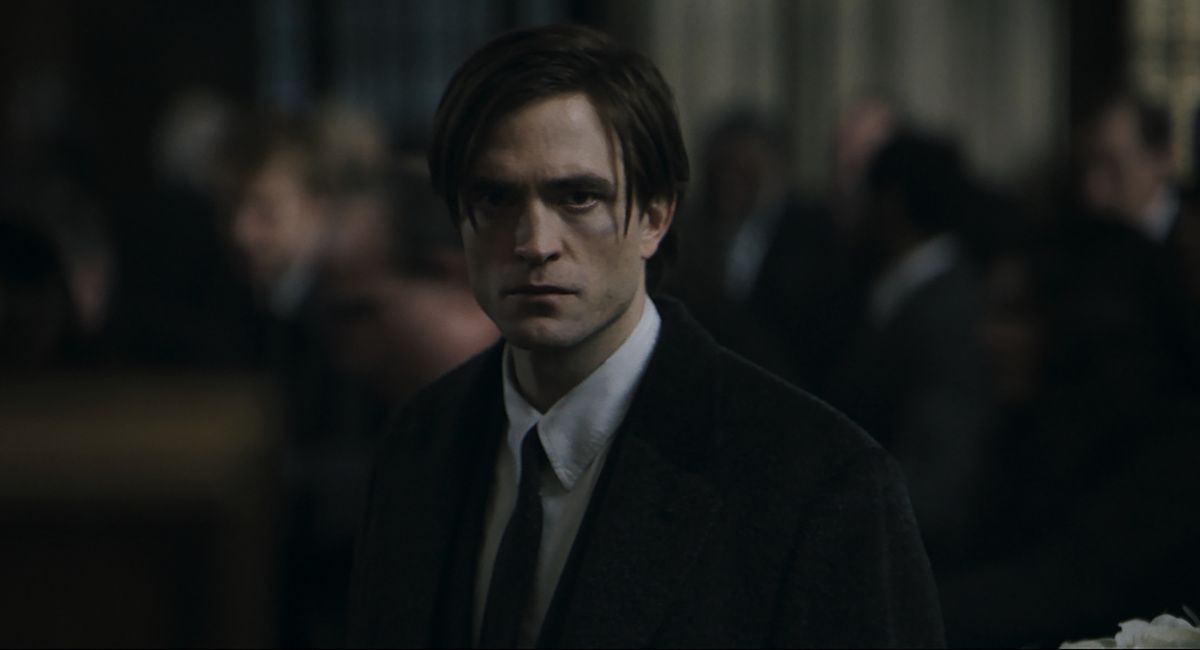 There have been a lot of Batman movies at this point, but ‘The Batman’, co-written and directed by Matt Reeves, promises to be even moodier and more exciting than some recent efforts.

If you were wanting to get a taste of what we’re in for (beyond the trailers, which naturally include plenty of choice material), then the first clip has arrived online via an ad that ran in front of some YouTube videos. Warner Bros. has yet to officially release the clip, but it’s been doing the rounds on social media.

‘The Batman’ stars Robert Pattinson as Bruce Wayne, the billionaire who moonlights as the Caped Crusader, AKA the masked vigilante Batman. Reeves’ movie tracks his early days of fighting crime in Gotham City.

Batman is a character that filmmakers just can’t stop bringing to cinema screens – the most recent example was 2017’s ‘Justice League’, which featured Ben Affleck playing the character (and that’s without mentioning Zack Snyder’s cut of the movie, which debuted on HBO Max last year). There’s a reason for that: he’s a compelling crime fighter with lots of emotional issues ripe for writers and directors to exploit, and scope for impressive action on screen.

One big part of Bruce’s backstory that we’re unlikely to experience this time is his parents’ murder, the deaths in a Gotham alleyway that spur him into action once he grows up. That’s something which has popped up in countless Batman movies and shows, but Reeves appears to be going his own way.

We also don’t see Pattinson in Bat-costume in this clip, as it kicks off with Bruce Wayne attending the lavish funeral of Mayor Don Mitchell Jr (Rupert Penry-Jones). He’s confronted by political candidate Bella Réal (Jayme Lawson), who remarks on how he’s not doing anything to help Gotham (as the wealthy Wayne family historically has) and tells Bruce about her plans to change the city by running for mayor. Which seems to us a bad case of not reading the room, since they’re attending the previous incumbent’s funeral, and the fact that Bruce is putting his life on the line every night!

Meanwhile, police lieutenant James Gordon (Jeffrey Wright) is consulting with some of his fellow officers as to why the District Attorney, Gil Colson (Peter Sarsgaard) is missing. Little do they know he’s about to crash the event. Literally.

A car careens into the church, running into pews and mowing down attendees. Bruce saves a young boy and is almost hit by the car itself. When the vehicle finally comes to rest, Bruce can glimpse up into one of the viewing galleries, where he sees a costumed individual surveying the chaos before stalking off. This is Paul Dano’s The Riddler, who is one of the main villains of the film and has arranged the attack.

As Gordon and the police drawn their weapons and demand the driver step out of the car (which is covered in words scrawled in white writing), we see the door open and Colson stumbles out, clearly dazed and, as someone shouts, with a bomb around his neck. A ringing phone sends everyone diving for cover, but instead of setting off the explosive, it has a message. And, taped to Colson’s chest is a note addressed “To The Batman”. Gordon orders the church cleared as Bruce stares at Colson. It’s thrilling and visceral, and while it doesn’t offer Pattinson a lot to do, he gives good stare.

Behind the scenes, one of Reeves’ most important collaborators is working with him once again. Michael Giacchino, who has provided music for Reeves' movies including both ‘'Planet of the Apes’ films that he made, plus ‘Cloverfield’s monster end credits theme, vampire tale ‘Let Me In,’ and now ‘The Batman’.

Giacchino has become a sought-after composer, working on movies such as the more recent ‘Star Trek’ entries, the current ‘Spider-Man’ trilogy and ‘Rogue One: A Star Wars Story.’ It’s fair to say audiences were looking forward to see what the Oscar-winning Giacchino would come with for 'The Batman' and indeed his theme doesn’t disappoint, managing to be both grounded and soaring. It’ll be fascinating to see how it works on the big screen and how it develops as the story unfolds.

Finally, we now know the official running time for the movie, and it sounds like you’ll want to make sure not to load up on soda. Reeves’ movie runs to two hours and 55 minutes including eight minutes of end credits. That makes it the longest solo film for Batman and one of the longest superhero adventures to come along for a while. It’s close to the likes of ‘Avengers: Endgame’, which ended up at a minute over three hours, but that was a gigantic story capper for the Infinity saga and a whole load of heroes and villains.

The news comes via the ratings board the MPA, which has handed down a PG-13 rating for (and we quote) “strong violent and disturbing content, drug content, strong language, and some suggestive material.” Take from that what you will, but it certainly points to some flirting between Pattinson and Kravitz’s characters.

‘The Batman’ will be in cinemas on March 4.

The Trailer for Daniel Radcliffe's Farting Corpse Movie Is Bizarre, But Beautiful