A darkly comic thriller about a perfectionist chef and the diners he lures into a memorably surprising night out also stars Anya Taylor-Joy and Nicholas Hoult.

Perfectionist chefs are everywhere in the media – you’ve got the likes of Gordon Ramsay on seemingly half the TV channels, and Hulu’s ‘The Bear’ cooks up tension by turning up the temperature on a trained chef trying to run a Chicago sandwich shop.

Yet ‘The Menu’ promises to be a different dining experience, this one featuring Ralph Fiennes as the imposing Chef Slowik. He’s a respected, talented maestro of the menu, who specializes in crafting stories with his culinary choices. But he’s also not one to suffer fools gladly, ensuring absolute order in his kitchen.

He’s holding an exclusive event on an island to which rich and famous types have secured a much-sought-after invite.

Along with them are Tyler (Nicholas Hoult) and Margot (Anya Taylor-Joy), with the former excited to try the Slowik team’s experimental use of fancy cooking techniques such as foam, all harvested from local produce. Margot, meanwhile, isn’t quite as convinced.

Yet as the night goes on, Slowik’s real agenda is revealed: he’s lured the wealthy diners here for more than just tasting his latest creation. They’ll soon be forced to run for their lives in what looks like a version of ‘The Most Dangerous Game’ where humans are hunted for sport. In this case, might they end up on the menu? 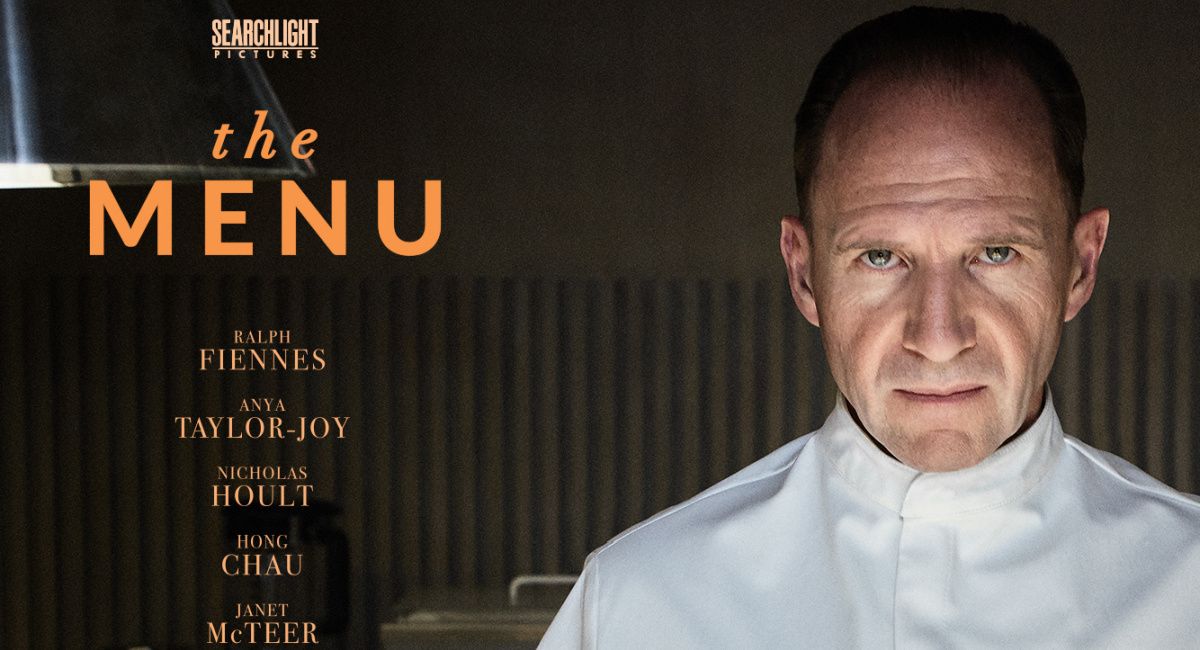 Margot, who despite her connection to Tyler, is seemingly going to have to choose whether he’s with “them” (the diners) or “us” (Slowik and his crew). It’s enough to put your off your dinner.

Originally set up as an Alexander Payne project – he’s no stranger to picky gourmet choices after ‘Sideways’ wine country critique – the movie has since made its way to Mark Mylod, one of the key directors on HBO’s ‘Succession’, and the comic looks at the world of the well-heeled certainly appear to be of a piece.

Even if the Roys rarely face a situation where they are the subject of a crazed chef’s machinations (they’re shooting Season 4 as we write this, so there’s still time for that to factor in).

Will Tracy and Seth Reiss wrote the script, while Adam McKay (who is also behind ‘Succession’) is among the producers. The theme of those who have to cater to the whims of the wealthy deciding that they can take a little creative revenge is certainly a timely one and is also part of Ruben Östlund’s Cannes award winner ‘Triangle of Sadness’, which is set aboard a luxury yacht and sees annoyingly rich cruisers facing a bad trip.

'The Menu' is arriving in theaters on November 18th.

A couple travels to a coastal island to eat at an exclusive restaurant where the chef has prepared a lavish menu, with some shocking surprises. Read the Plot

Setting the Scene for Your Home Movie Theater