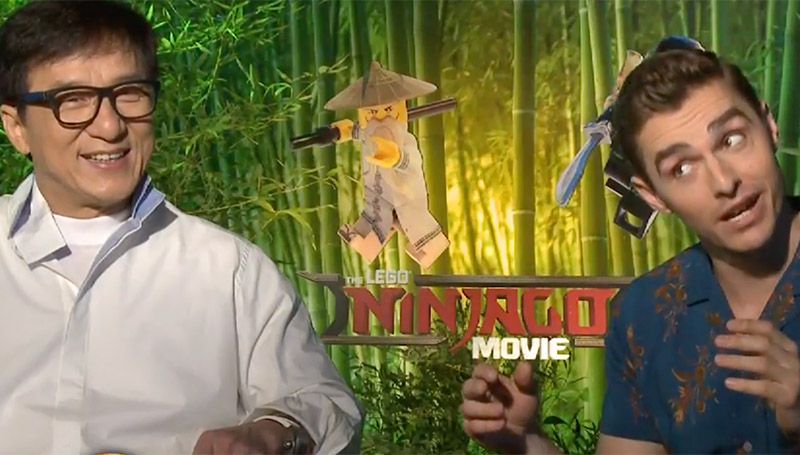 Jackie Chan and Dave Franco from The Lego Ninjago Movie

"The Lego Ninjago Movie" uses action, humor and little toy building blocks to work out some pretty serious family issues as a young man named Lloyd has to come to grips with the fact that his father happens to an evil warlord.

Also featuring the voice talents of Jackie Chan as the wise-cracking Master Wu, this latest Lego-themed animated feature leads up to an epic showdown between father and son that looks to be headed to a happy ending.

"Over the course of the movie (Lloyd) starts to break his dad down and look at him from a different perspective," says Franco, "and realizes that there is heart there."