Moviefone speaks with Duhamel and Graham about ‘The Mighty Ducks: Game Changers’ Season 2. "I wasn't expecting to have as much fun as I did," Duhamel said of joining the series.

Moviefone recently had the pleasure of speaking with Josh Duhamel and Lauren Graham about their work on ‘The Mighty Ducks: Game Changers’ Season 2, reuniting with the kids, Alex’s relationship with Evan, the new camp, Duhamel’s new character, and why he liked joining the show. 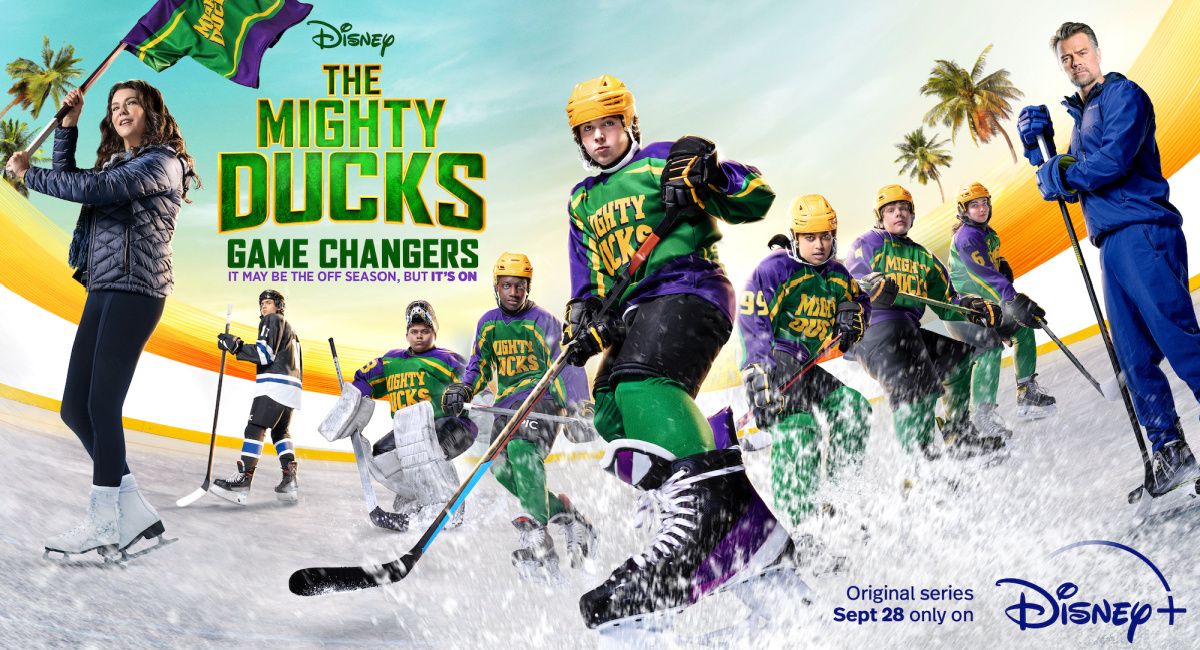 You can read our full interview below or click on the video player above to watch our interviews with Duhamel, Graham, Brady Noon, Maxwell Simkins, Sway Bhatia, Luke Islam, Taegen Burns, De’Jon Watts, and Naveen Paddock.

Moviefone: To begin with, Lauren, Alex has a very specific idea on what summer camp should be. Can you talk about her reaction to arriving at Epic and meeting Colin Cole?

Lauren Graham: So, we are under the false assumption that we're going to a fun camp, and when we get there, we meet this really intense guy who's talking about winning and working hard. It's just confusing to me because both as a person and as a character, I really look forward to summer.

I, as a person, was a camp counselor for many summers and so I definitely, as a character, come in with ideas of campfires, singing songs, s'mores, meeting people to make out and that is not what this camp is all about. So, that sets up the conflict that we have for the whole season.

MF: Josh, can you talk about why Colin takes his hockey camp so seriously, and his reaction is to Alex when she starts questioning his methods?

Josh Duhamel: Well, unlike Lauren's character, he views summer as an opportunity to play hockey without school getting in the way. So yeah, his idea about this camp is, he's singularly focused on excellence and making sure these kids attain the best possible hockey summer that they can.

So, when she comes to town and with her attitude about summer camp and everything else, it really does cause a fun conflict between the two. She has no idea what she's in for, and he really has no idea what he's in for by her introducing him to this whole different way of thinking about how you might approach life in hockey. So, it's a fun dynamic for sure.

MF: Can you also talk about the estranged relationship Colin has with his son Jace, and working with Naveen Paddock?

JD: Yeah, so I think that one of the reasons I love this show and to play this character is that he is a flawed dude, especially as a father. He's really trying to figure out where he went wrong, why his son is becoming so much more distant from him. I think that he's willing to reach out at a certain point and ask Lauren's character, “What do I do?” This kid just doesn't want anything to do with me.

He realizes he's been pushing him too hard. He is that dad that is forcing his kid to be something that he expects of him and not really thinking about what the kid wants. So, over the course of the season, he really does learn that, you know what, maybe hockey isn't the be all end all, and that he needs to be a father first and lead more by example.

MF: This season Evan is growing up and finding his own independence at the camp. Lauren, what role does his mother play in his life now and as the season moves forward?

I mean, I think at that age, the problems grow up too. He's experiencing a little bit of a crush. I think going forward I'll be able to help him with less little kid stuff and more adolescent stuff. Probably the arc of my character will be to continue to let him go and let him be a young man.

MF: Lauren, what was it like for you to reunite with the kids for season 2?

LG: It was such a relief to be back, to see them again, to have Josh on board and to really notice how they had matured. Everybody I think just enjoyed each other a lot and they forged even stronger friendships.

Because we were at home in Los Angeles, I just think it was really fun. Brady stole my car one day and went to McDonald's. So, these are the kind of adolescent shenanigans that we're now up against that we couldn't do in Canada. So, it was really fun. He was like, “I'm getting my license soon.” I was like, “Enjoy your French fries.”

MF: Finally, Josh, what has it been like for you to join this series?

JD: I wasn't expecting to have nearly as much fun as I did. It was incredibly well written. These kids were just fantastic to work with. I didn't know what I was going to be walking into. I didn't know if they were going to be a bunch of little brats, and they weren't! They were awesome, unaffected, talented, friendly, and enthusiastic kids. Lauren is such a great leader and she's such a great influence on these kids as well.

So, we had a really fun collaborative and creative environment and we made a show that I think is good on many levels. It's emotional, and it's very funny. Its action packed and it's all those things that I think any family can sit down and watch, and it feels like it satisfies everybody.