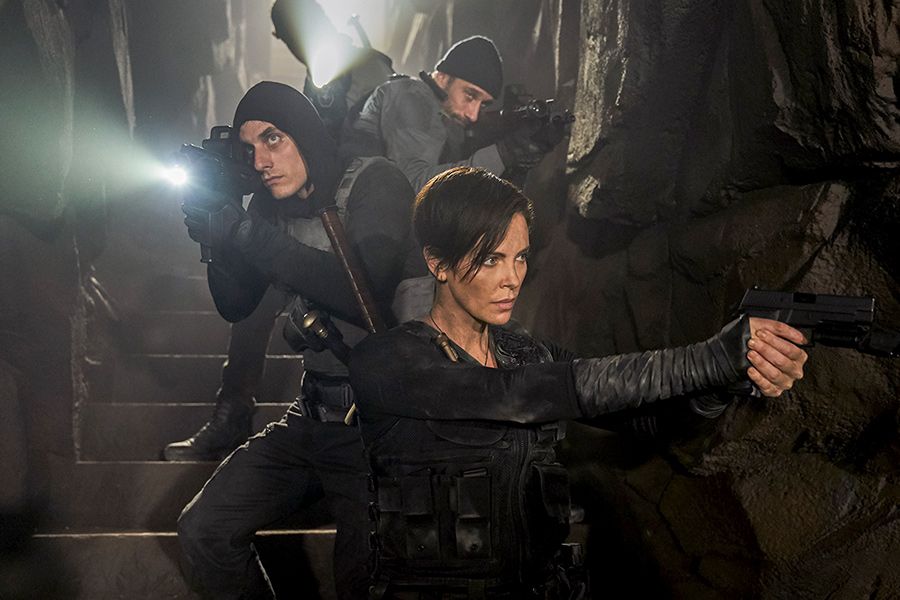 Charlize Theron leads a band of seemingly immortal soldiers in the Netflix Original 'The Old Guard.'

In the Netflix Original film 'The Old Guard,' Charlize Theron plays Andy, the leader of a small squad of seasoned mercenaries. And this squad has seen a lot of seasons. It turns out Andy is short for Andromache of Scythia, and she's been around for a while; at least since the days that notable warriors would get a "of ____________" after their name (i.e. Ancient Greece).

Her team includes some similarly long-lived warriors, (played by Matthias Schoenaerts, Marwan Kenzari, and Luca Marinelli) and they're all on the run from a former CIA operative (played by Chiwetel Ejiofor). He's working for the ruthless CEO of a pharmaceutical firm (played by Harry Melling) that's trying to replicate their near-immortality for the obvious financial gains. Complicating matters is that a "new" immortal may have just manifested (KiKi Layne).

The movie is directed by Gina Prince-Bythewood, and it's based on a graphic novel by Greg Rucka and Leandro Fernandez, with Rucka himself adapting the story into the film's script.

Here are some clips from the film to give you a taste of what to expect:

Copley (Ejiofor) presents his evidence to his boss Merrick (Melling).

The team debates whether to look for the woman that may be like them.

Andy and Nile have it out mid-flight.

Nile asks the team how long they've been around.

'The Old Guard' premieres on Netflix on July 10.