Beetz should be back to play Sophie Dumond opposite Joaquin Phoenix and Lady Gaga in the follow-up to Todd Phillips’ 2018 hit. 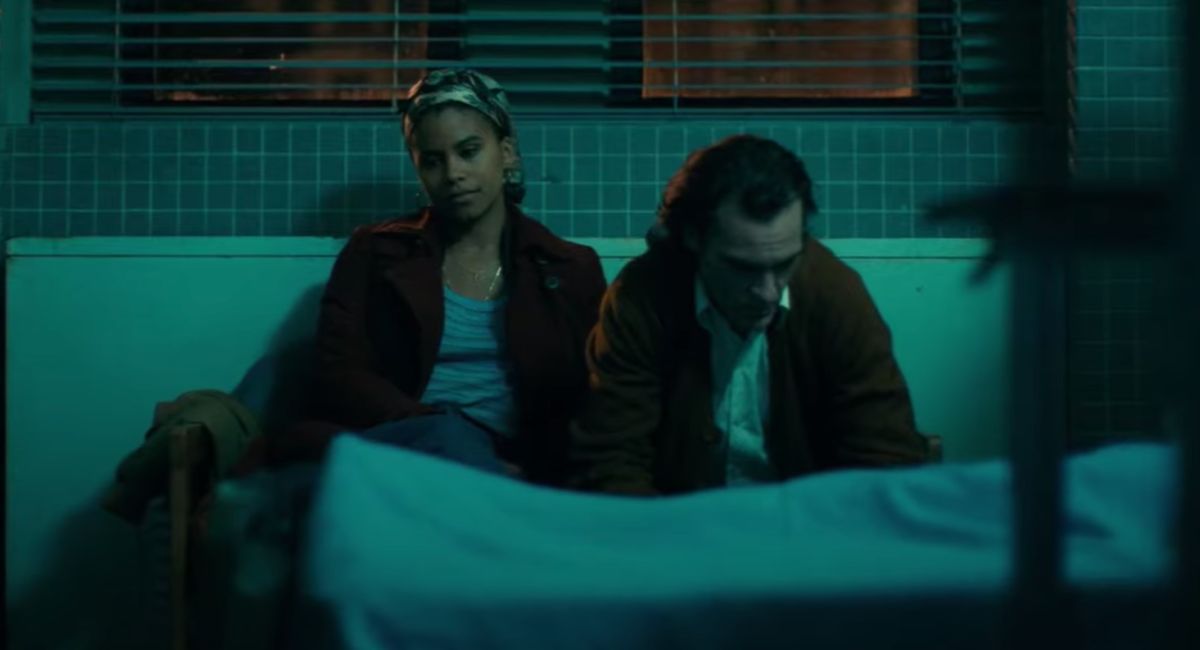 With an official release date now on the books, the details for the ‘Joker’ sequel are starting to fall into place.

And one of the best parts of the original movie seems set to return, as Zazie Beetz is in talks to reprise the role of Sophie Dumond in ‘Joker: Folie à Deux.’

When we meet her in Todd Phillips’ 2018 film, Sophie is a struggling single mother who lives in the same grungy Gotham City apartment block as Arthur Fleck (Joaquin Phoenix) and his mom. The pair share a whirlwind romance but – spoiler alert for those who haven’t seen the original movie – it turns out that the relationship was all in Arthur’s head.

Regardless, we’re not sure that Sophie is really going to want to strike up a connection with an unstable man who sows chaos throughout Gotham City. And given that Lady Gaga is now aboard the sequel, playing someone who develops a close link to Arthur, that situation could be even more complicated.

Gaga recently posted a teaser video confirming her casting in the sequel, and while it offered no real clues, speculation is rampant that’s she’ll be playing at least some version of Harley Quinn, the psychotherapist-turned-psychopathic girlfriend of the Joker.

Harley, of course, exists across different stories in the DC Universe, between the current animated anarchist voiced by Kaley Cuoco and Margot Robbie’s movie version. Given that Phillips’ film is unconnected to the larger DCEU movie world, so he has free rein to create his own – if that’s what he’s truly doing.

Of course, there’s every chance that the writer/director will surprise us, as he found new things to say about Arthur and his Joker personality.

Phillips had previously teased the new movie’s title by posting the cover for the script he wrote with ‘Joker’s Scott Silver. And the cameras should be cranking this December. No one knows what the plot is exactly yet, though Folie à Deux’ is a French reference for a medical term pertaining to a mental disorder which affects two or more people.

The other big element we’re promised for the sequel is a musical one, which is perhaps partly explains Gaga’s presence.

Beetz told The Hollywood Reporter that she firmly approves of the idea. “I actually think it makes wonderful sense. I wasn’t really surprised by that. Todd [Phillips] has always had a creative approach to the character. I love musicals, and I think of them as the characters are feeling and experiencing so much that they can only sing and dance about it, whether in sorrow or in joy,” she says.

“And I can actually see that within myself as well because singing and dancing is quite a cathartic experience for me. I was going through a really, really difficult time at one point in my life, and I just started dancing and crying by myself,” Beetz continues. “And that was an expression that matched where I was at that moment. And so I can see Arthur, who is feeling and experiencing so much, dancing and singing about it. He’s the Joker, so I think it makes sense to me.”

Disney's 'Hercules' Adapted to Musical for Shakespeare in the Park Staging

The 15 Greatest Movie Musicals of the Last 20 Years