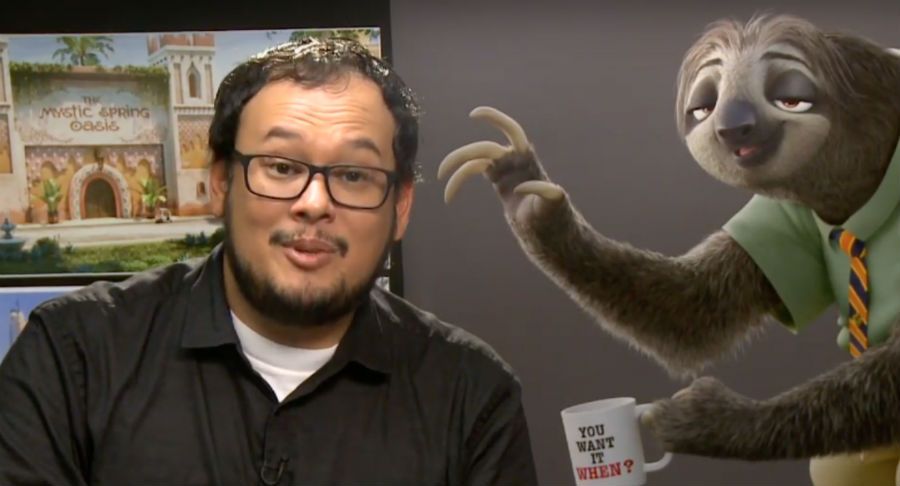 Raymond Persi, the voice of Flash

Raymond Persi pulls double-duty on the Academy Award-nominated "Zootopia" as both a story artist and as the voice of the sloth named Flash. Persi says he got the role after providing a temporary -- or "scratch" -- voice while developing the character for the Disney animated feature. "As a story artist, part of your job is to pitch what you've drawn, and so sometimes by pitching it you're acting out and doing little voices," Persi explains. "You'll do the scratch and they'll realize, yeah, that works. That's happened for me on a couple of films here, including this one."
https://youtu.be/GraFTusI9g0

made in hollywood teenzootopiaRaymond Persi
Movies