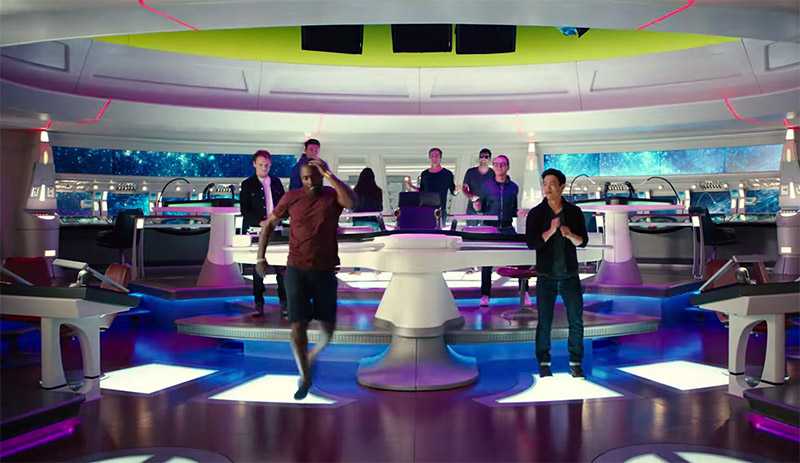 Talk about a dramatic first impression. New "Star Trek Beyond" cast member Idris Elba, whose role still hasn't been revealed, unleashes his best break dance moves as the entire Enterprise crew boldly boogies down where no man has booggied before.

It's all for charity. In this video (below), Chris Pin, Zachary Quinto, Zoe Saldana, Simon Pegg, John Cho and the rest of the Enterprise crew talk about their partnership with Omaze to raise money for nine global causes in a promotion that also offers a walk-on role in the third film in the rebooted franchise.

After the stars explain the campaign, which runs from Tuesday until Sept. 1, the music comes up on the bridge of the starship and they dance, none better than Elba who spins on the floor.

The USS Enterprise crew explores the furthest reaches of uncharted space, where they encounter a mysterious new enemy who puts them and everything the Federation...Read More