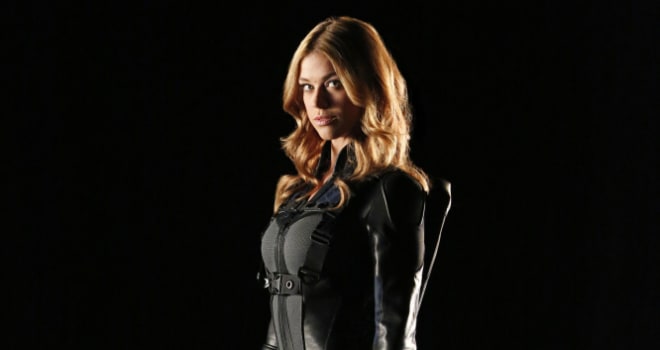 After scuttling a proposed spinoff of "Marvel's Agents of S.H.I.E.L.D." earlier this year, ABC has reportedly ordered a pilot for another Marvel series, centered around Mockingbird.

Insiders say the series is not a spinoff, per se, but rather an entirely new project solely focused on the two characters to continue their story. Though plot details are scarce at this point, "Marvel's Most Wanted" will follow the pair and their adventures together.

That's a different tune than ABC president Paul Lee was singing at upfronts earlier this year, when he said of Palicki and Blood's alter egos, "We absolutely love those characters on 'S.H.I.E.L.D.,'" and alluded to the fact that showrunners didn't want to mess with a good thing. But Lee did leave some wiggle room for a possible Mockingbird spinoff as well, telling the upfronts crowd, "It certainly is a possibility of spinning them off."

We'll have to wait for word from ABC before Variety's report can be confirmed, but it would make sense for the network to continue down the Marvel path. With "S.H.I.E.L.D." and "Agent Carter" already modest hits, as well as the success of shows on The CW and Netflix, it seems the thirst for superhero series is only growing, and "Most Wanted" could fit nicely in that niche.

The 'Agents of S.H.I.E.L.D.' Spinoff Is Apparently Dead