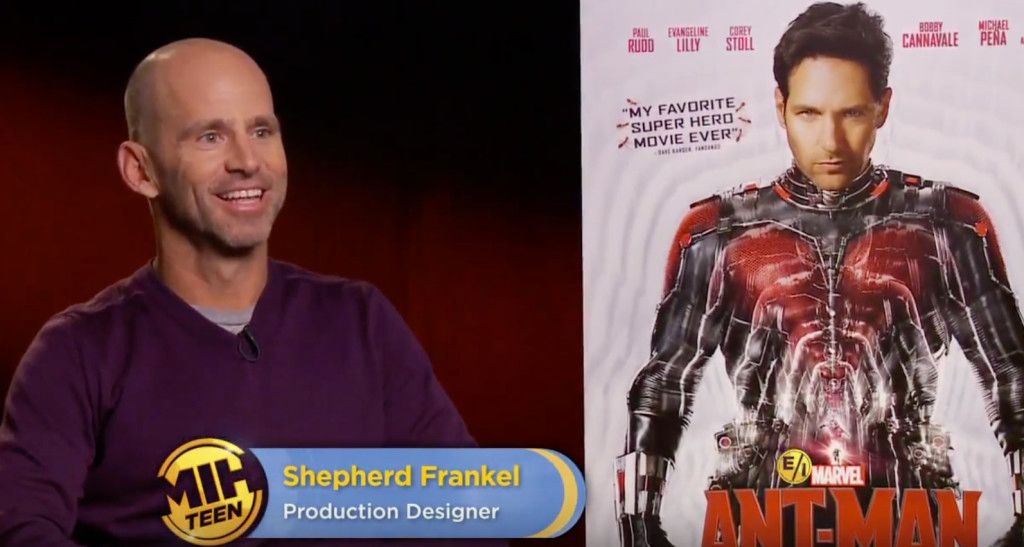 "The job of the production designer is to build the world that the film takes place in," says "Ant-Man's" production designer Shepherd Frankel. From ant tunnels to inside of a vacuum cleaner, the larger than life environments seen in "Ant-Man" were real, full size and shot with macro-photography techniques. Frankel began his career path in production by by using his education in architecture for filmmaking. "In a three month period, more architecture that I thought was interested was being put together on a soundstage... I knew at that moment I wanted to be a great production designer." (1009-2)