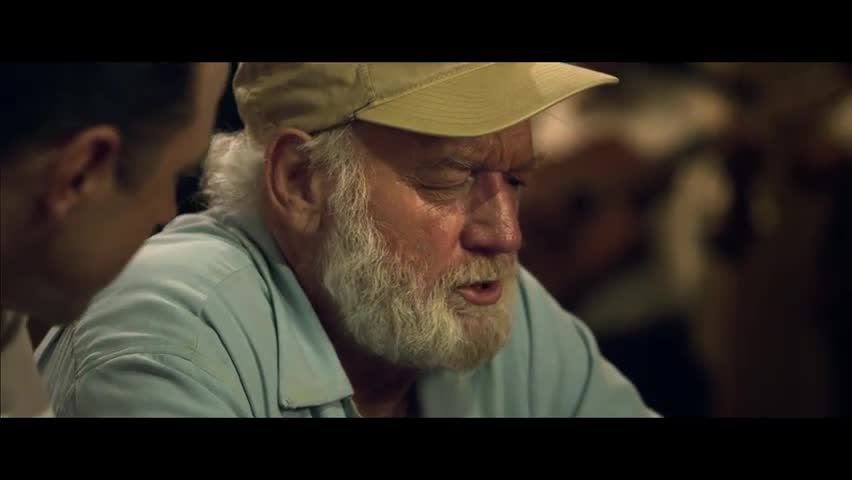 The legendary Ernest Hemingway was on-hand, as a journalist, covering many of the 20th century's biggest events: World War I, World War II, and the Spanish Civil War. He was also present in Havana for the Cuban Revolution.

The new biopic "Papa: Hemingway in Cuba" traces some of his time there, with a particular focus on his friendship with Denne Bart Petitclerc (Giovanni Ribisi). In this exclusive sneak peek, Hemingway (Adrian Sparks), known affectionately as Papa, apologizes for rambling to his new acquaintance.

"You're among friends here," Petitclerc assures him.

And then Hemingway asks him to choose a number between one and 10. When Petitclerc picks the number six, Hemingway starts scratching away with a pen and paper. The results prove that the famous writer never needed an excess of words to get a point across.