The ‘Fantastic Beasts: The Secrets of Dumbledore’ actor discusses playing director Francis Ford Coppola in the new series about the making of ‘The Godfather.’ 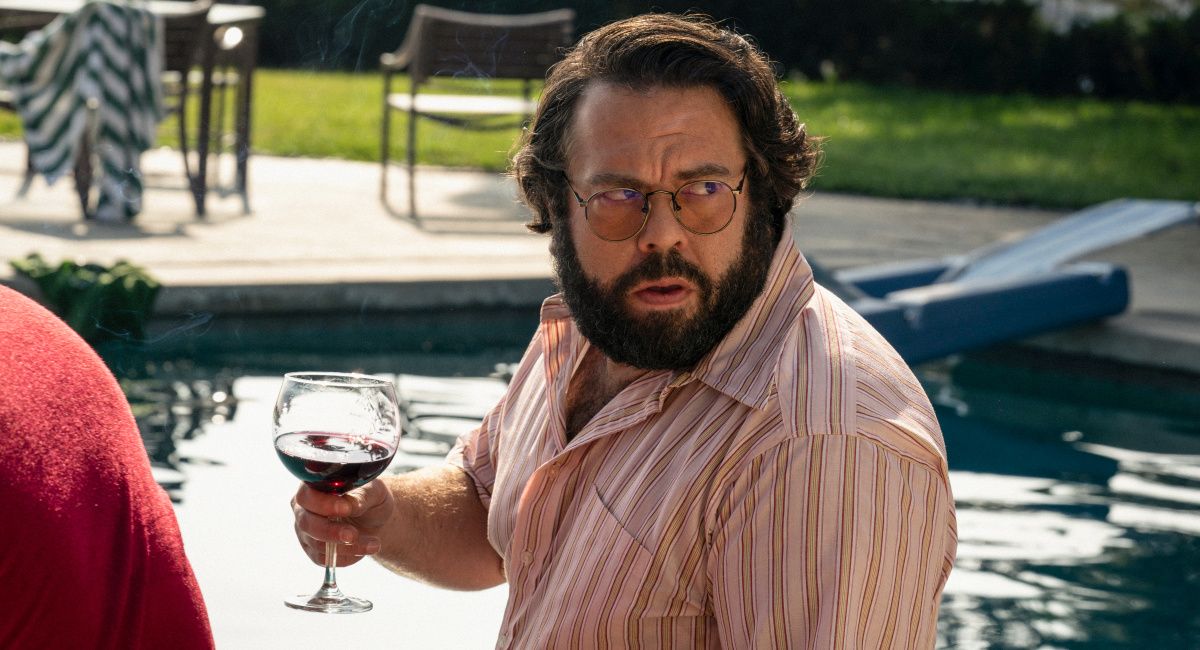 Currently airing on Paramount+ is the new miniseries about the making of ‘The Godfather’ entitled ‘The Offer.’ The series chronicles producer Albert S. Ruddy’s journey to turn author Mario Puzo’s famous novel into a movie.

Moviefone recently had the pleasure of speaking with Dan Fogler about playing Francis Ford Coppola in ‘The Offer.’

You can read our full interview with Dan Fogler below or click on the video player above to watch out interviews with Fogler, and Giovanni Ribisi about ‘The Offer.’

Moviefone: To begin with, were you aware of all the legendary behind-the-scenes stories of the making of ‘The Godfather’ before you started making this miniseries?

Dan Fogler: Yes, we just had one recently on the series that was a legend that came out, which was the famous dinner scene. I remember talking about that in college when I went to acting school because it was such a great tool. Coppola talks about getting all the actors together for dinner, sharing central activities, drinking together, and partying together because that builds the relationships and it makes excellent chemistry.

So, there was this famous dinner that we recreated in the show, where they brought in the cast. It was the day before shooting and Coppola rented out this room in this restaurant and they brought Marlon Brando, James Caan, and Al Pacino. Everyone was there, even Diane Keaton. Everyone started vying for Brando's attention and everyone kind of sat where you'd think that they would sit as a family hierarchy.

Then all the things that happened in that scene played out, where there's an insult and Caan gets upset, and it gets heated. Then Brando says, "Did this man hurt you?" to Talia Shire. Suddenly, it was in that moment that Coppola saw, "Oh my God, this is going to work. Everyone's falling into place perfectly, the chemistry's working and they're already in character." So, it was one of those magical theatrical moments. So yeah, those are legends. Coming up as a young actor, you hear about all these things and then suddenly you're on set and you're recreating them and it's very surreal.

MF: What was your approach to playing Francis Ford Coppola?

DF: So, I've been kind of studying Coppola for a while. I saw ‘The Godfather’ when I was in high school as a young actor, and then used that as a mothership of the whole ensemble, just like reverse engineering. I was seeing everything from Coppola, including ‘The Godfather,’ then I went to ‘Apocalypse Now,’ and ‘Hearts of Darkness.’

Just seeing Coppola, the ringmaster at the center of that circus and the kind of person that it takes. The fortitude that it takes to create something like that, the passion, and the energy. So, I was very familiar with him. I understood as a young actor, he was 30 when he did ‘The Godfather.’ There was a real "Orson Welles syndrome" going on with him, where he's the smartest guy in the room, but he still is got to prove himself.

He won an Academy Award for writing ‘Patton,’ which is just military poetry, but he still had to prove himself as a director. They don't make a lot of people like that anymore. These real artists, he's like a real visionary. What I understood about seeing him at the center of that, that he has to put himself in the middle of chaos in order to create his best work. He has to be in the middle of a pressure cooker in order to create, to be at his best.

I understood as a young actor, really trying to prove yourself, being put in a situation where you're pigeonholed and who would ever cast me is Coppola? I would think John Belushi first, and I would think all of these different people first. I knew I would have to prove myself in order to be the room to audition for Coppola.

But there was something that happened after the audition where I saw myself and I kind of saw what they were hoping to see, like the potential there, which is that I look like him. I look like I could be related to him if I put the glasses on. I got a beard, I put my hair to side, and I really do look like him. So, there was a confidence there where I thought, I got a shot here. So, Coppola has been in my life a long time.

MF: At this year’s Oscar ceremony, Coppola for the first time ever publicly recognized Robert Evans contributions to ‘The Godfather.’ Can you talk about their relationship in the series and what it was like for you to work with Matthew Goode?

DF: If Matthew is not nominated (for an Emmy), then there's something wrong with the world. I had a front row seat. There's something that happened to me playing Coppola, which was, I'm playing a director. I had such a love of the ensemble of all their performances. I was just sitting there impressed. I just couldn't help but root them on and be a coach for them. Anytime someone was like, "I feel nervous or whatever." I was like, no. You are amazing. I was there for them for the support. Especially Matthew, because he's a Brit. What he's doing is he's just sinking into that, disappearing into that, and becoming Bob Evans. I think that he's amazing.

On the show, I'm playing a great admiration for the Evans because he's giving us a chance here. He's just a huge coach for everybody, but in a real life, that contention really spiraled out of control. There’re so many egos and there's telegrams that I found, between Evans and Coppola when they were starting to do ‘The Godfather Part II.’ They're just scathing, and a lot of feelings were hurt.

Here's the thing. Coppola had this vision and he saw only one person as the Don, and he wanted Brando. He thought that was a long shot. Then when he got Brando, it was just like, "Okay, well then I want Pacino, that's my only choice." So, he became like, "It's my vision, let me see my vision to the end. There's something here."

He butts heads with Evans at every point on the road. So, I guess they did butt heads a bit about that. That's in the show, and those scenes are a lot of fun, but I think my favorite stuff to play is when they're working together, getting along, and Evans walks in and is just like a knight in shining armor. He just saves the day. There’re a couple moments like that. Those are my favorite moments, the celebratory moments where we're all winning, and the musketeers are working together.

MF: Finally, have you ever had a chance to meet Francis Ford Coppola?

DF: No, but I've met people in his family. I worked with Robert Schwartzman. I did ‘The Argument,’ with him. He’s his nephew. I've met and spoken to, in my research, people that want to be off the record, who are very close to him. I got to speak to James Caan, which is as close to him but not in the family as you can get. I hope one day to talk to him and I hope that he sees it. That would be the ultimate badge of honor to get his stamp of approval.

You can watch an exclusive scene from the finale of Paramount+'s 'The Offer,' featuring the premiere of 'The Godfather,' by clicking on the video player above.

First Trailer for Making of 'The Godfather' Series ‘The Offer’