Premiering on Apple TV+ beginning July 8th is the new six-part miniseries entitled ‘Black Bird,’ which is based on the book “In With The Devil: A Fallen Hero, A Serial Killer, and A Dangerous Bargain for Redemption’ by author James Keene.

Created by novelist Dennis Lehane (‘Mystic River’), the series follows James Keene (Taron Egerton), who is sentenced to 10 years in a minimum-security prison but cuts a deal with the FBI to befriend a suspected serial killer for an early release. Now, Keene has to elicit a confession from Larry Hall (Paul Walter Hauser) to find the bodies of as many as eighteen women.

Moviefone recently had the pleasure of speaking with Taron Egerton about his work on ‘Black Bird.’ 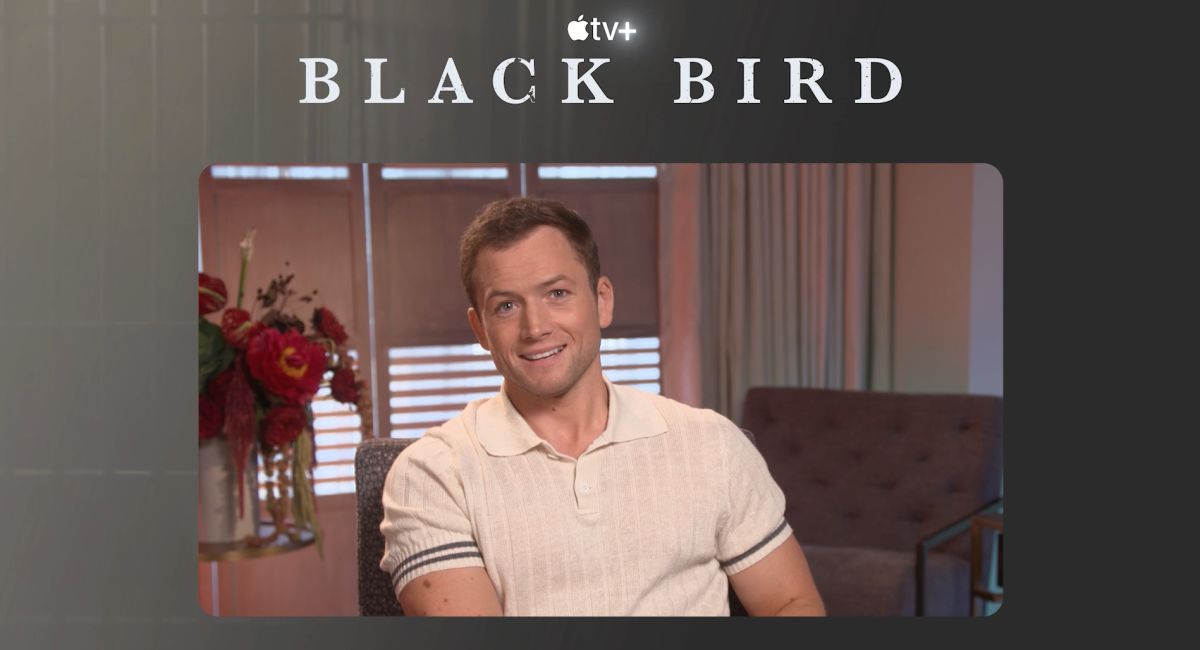 You can read our full interview with Taron Egerton below or click on the video player above to watch our interviews with Egerton, Greg Kinnear, Sepideh Moafi, and Dennis Lehane.

Moviefone: To begin with, were you aware of the true story the series is based on before shooting, and what was your initial reaction to the screenplay?

Taron Egerton: I was aware of the story actually, but only in relation to the prospect of me playing it. I think there've been conversations between the producers, especially Bradley Thomas, and one of my representatives in the couple of years in the run up to me being offered it.

It's just an undeniably great bit of writing. Of course, Dennis' name is enough to peak your interest, because of everything he's done. When I read it, I was just completely engrossed and compelled, and wanted to know what happened. I also recognized an opportunity for me to do something that I hadn't really done before with the character.

TE: Yes, I do. Of course, you don't want that person to be unhappy with what you do. But also, my primary responsibility is to the script and to serve the script rather than to serve the person I'm playing. It's always got to be that I'm playing the character that's on the page before the person in real life, because those things are different. Personally, I feel that we get a little bit preoccupied with the idea of factual accuracy, or a carbon copy of playing someone who's real, because it's always you. It's always as if you had lived a different life. You can't really play someone else. You can only bring your own experiences to a role, but it was such an exciting story, ‘Black Bird.’

I suppose I recognized things in the character that were less like me, but also elements of it that I did recognize in myself. I just thought it was a brilliant opportunity, to do something that was such a counterpoint to Elton, with his sparkly shoes that are seven inches off the ground, flamboyance and sure charisma. This guy's much more grounded. He's hyper masculine, I suppose, whereas Elton was played with the idea of masculinity with what he wore and how he behaved. Yeah, it's just a joy to be able to do something so different after the Elton John movie, ‘Rocketman.’

Just How Sparkly are the Stars of 'Rocketman,' Anyway?