Hozier: Believe in Yourself Even When It Seems 'Idiotic' 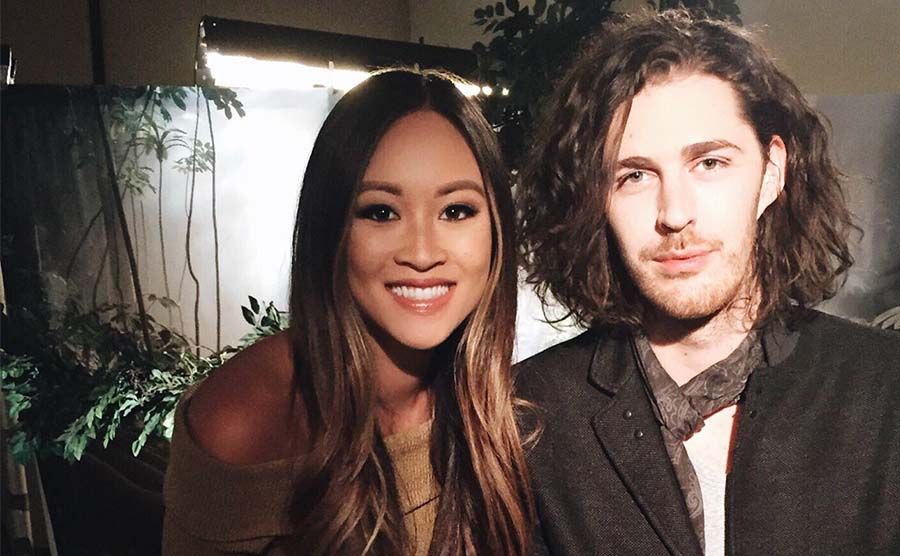 Hozier Offers Career Advice: Believe In Yourself Even If It Seems Idiotic

His music has sold in the millions worldwide, he's earned a top Grammy nomination and he now has a song on the soundtrack of "The Legend of Tarzan." So what's the secret to Hozier's seemingly overnight success?

"I would say grow your hair long," he tells Made in Hollywood Teen Edition host Kylie Erica Mar. "That helps. It is the source of my power."

Okay, the "Take Me to the Church" singer is only kidding. But when it comes to his career -- and the hard work it took to become a success -- he's completely serious.

"Nothing really happens overnight," says Hozier, full name Andrew Hozier-Byrne, who sang in a touring chorale ensemble for years before making it big on his own. "When I kind of look back over it, over the years of getting to that point, it can be easy to become impatient and just feel like you're swimming against the tide and feel like this is something that's never going to happen."

But Hozier felt that the only thing worse than never succeeding was giving up.

"It's something where I would never be able to live my entire life having not tried everything that I could do to do what I really wanted," he says.

Growing up in Ireland as the son of a blues musician, Hozier knew from an early age that he wanted to be professional musician. He began writing songs as a teenager but didn't feel they were good enough for anybody else to hear until he was 23. (He's now 26).

"It's tough, I think, in the creative industries because there's no one who can really show you how to do what you have to find out how to do yourself," he says. "I dropped out of college with the hope that I could do this. There's no guarantees. It's tough. You just have to find your own way there, and trust advice when you can get it, but ultimately what's important is going to come from you -- and you have to figure that out first."

The best advice, he says, is to believe in yourself, no matter what.

He also extols the virtue of perseverance. "Oftentimes it's the people who just hang around, and hang around that one last try, who get there in the end," he says. "It's oftentimes longevity and endurance."

Watch the video for "Better Love" from "The Legend of Tarzan" soundtrack:

The Legend of Tarzan