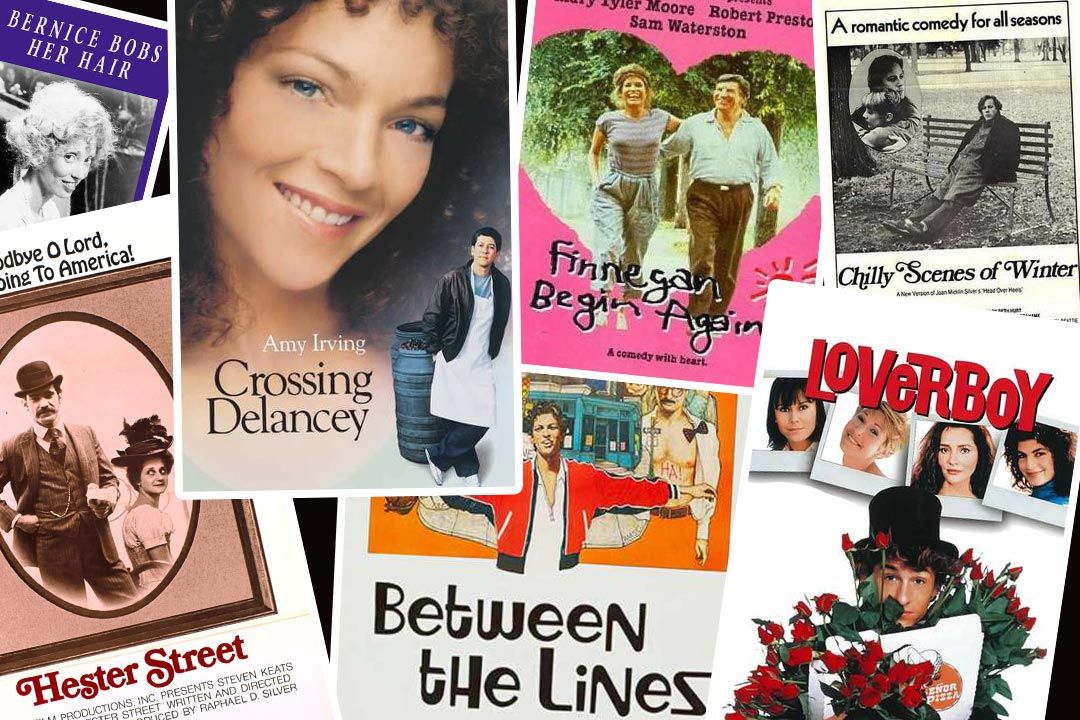 The films of the late Joan Micklin Silver

One of the first celebrity deaths to hit in 2021 was that of filmmaker Joan Micklin Silver. Not as well-remembered by the public today as she was at the height of her career - Silver was not included in the In Memoriam video that played at this year’s Oscars - she left a legacy that can be found in the careers of the women directors who came after her.

This week Chloé Zhao’s third feature film ‘Nomadland’ was awarded three Oscars- including two for Zhao herself. She became the first woman of color, the first Asian woman, and only the second woman ever to win the award for Best Director. This success follows her previous critically-acclaimed features ‘Songs My Brothers Taught Me’ (2015) and ‘The Rider’ (2017). Later this year Zhao’s highest-profile film - Marvel’s ‘Eternals’ - will finally make its debut after being pushed back from 2020 due to the ongoing pandemic.

Zhao’s rise from the world of independent cinema to an Oscar-winning film to a big budget Marvel film like ‘Eternals’ recalls the similar rise to prominence from Ava DuVernay, whose feature film debut ‘I Will Follow’ she self-distributed, and whose third film ‘Selma’ made her only fifth woman nominated for Best Director at the Golden Globes (and first Black woman to be nominated), as well as the first Black female director to have her film nominated for the Academy Award for Best Picture (though she was pointedly not nominated for Best Director at the Oscars that year). She followed that up with ‘A Wrinkle in Time’, which made her the first Black woman to direct a live-action film earning $100 million.

But before both of these women smashed through the celluloid ceiling there was Joan Micklin Silver. In the 1970s, when there were so few women directors, women only made up 0.05% of all working directors (in 2020 they made up 12% of directors of the highest grossing films), and Silver fought like hell to forge a career in Hollywood.

Like DuVernay, she self-financed her debut film, 1975’s ‘Hester Street’, which told the story of Jewish immigrants living on the titular Hester Street in the Lower East Side of New York City at the end of the 19th century. The film would go on to play at the Cannes Film Festival and its star Carol Kane received an Oscar nomination for Best Actress.

Prior to making her directorial debut, Silver had worked as a writer in Hollywood, even selling a script called ‘Limbo’, a collaboration with Linda Gottlieb, to Universal Pictures in 1972. The film, directed by Mark Robson, follows the lives of women whose husbands are missing in action in Vietnam. Gottlieb would later write the screenplay that would become the basis for ‘Dirty Dancing.’ (The history of how her screenplay became the finished film is an entirely different story.)

Silver reflected that she "had absolutely no chance of getting work as a director,” within the studio system and even after her success with ‘Hester Street’ she was told by a studio executive that, “feature films are very expensive to mount and distribute, and women directors are one more problem we don’t need.”

She followed up ‘Hester Street’ with another self-financed film, 1977’s ‘Between The Lines,' a prophetic look at the lives and loves of the staff at an alt-weekly that launched the careers of many actors including John Heard, Lindsay Crouse, Gwen Welles, Bruno Kirby, Joe Morton, Marilu Henner, Lane Smith, and Jeff Goldblum. Although the film played the Berlin International Film Festival and spawned a short-lived sitcom, it was largely hard to find until a recent restoration and revival from Cohen Media Group.

Her next film ‘Chilly Scenes of Winter’, a biting romantic dramedy about an unfulfilled man named Charles (John Heard) whose infatuation with a woman named Laura (Mary Beth Hurt) becomes an unhealthy obsession, was produced in association with United Artists. Before the film’s release UA insisted Silver alter the film’s bleak ending to something happier and changed the name to ‘Head over Heels’. It bombed. In 1982 Silver convinced them to re-release the film with its original title and ending, to much better acclaim and box office success.

Silver also found success working in television, like DuVernay’s ‘Queen Sugar’ and ‘When They See Us’. In 1976, she directed an adaptation of F. Scott Fitzgerald’s ‘Bernice Bobs Her Hair’ starring Shelley Duvall and in the 1980s she directed ‘How to Be a Perfect Person in Just Three Days’ for PBS and ‘Finnegan Begin Again’ for HBO.

1987 saw Silver’s biggest hit to date: the romantic comedy ‘Crossing Delancey’ starring Amy Irving and Peter Reigert, an adaptation of the stage play by Susan Sandler. Irving plays Izzy Grossman, an independent 30-something who works at an upscale bookstore whose bubbe (Reizl Bozyk) hires a marriage broker (Sylvia Miles) to find a nice young Jewish man for her granddaughter. Izzy rebels against the match at first, but slowly finds herself falling for the most charming pickle salesman (Reigert) you’ll ever see on screen. The film had a rocky start as studios told Silver the film was “too ethnic,” which in an interview with the New York Times she said was a euphemism “for Jewish material that Hollywood executives distrust.” Eventually the film found its way to distribution by Warner Bros. thanks to a push from Irving’s husband at the time - Steven Spielberg.

Silver passed away at the age of 85 from vascular dementia on December 31, 2020.

What was so remarkable about Silver’s career was her commitment to her vision and her voice, despite struggling against both sexism and anti-semitism within the industry. She paved the way for filmmakers like Zhao and DuVernay, who themselves have fierce voices and unique visions for what film can do. As more women break through in Hollywood and women helming multiple films becomes the rule rather than the exception, it’s important to remember the trailblazers like Joan Micklin Silver who paved the way.

McDreamy, Turk, and Your Other Favorite TV Doctors Unite for Commercial