Trending
’The Batman’ The Bat and The Cat Trailer
’Doctor Strange in the Multiverse of Madness’ Trailer
’Spider-Man: Across the Spider-Verse (Part One)' Teaser
’Uncharted’ Trailer #2
January 10th, 2022 - by Moviefone Staff

The star of ‘Full House’ and ‘America’s Funniest Home Videos,’ and the director of ‘Dirty Work,’ passed away at an Orlando hotel while on a comedy tour. 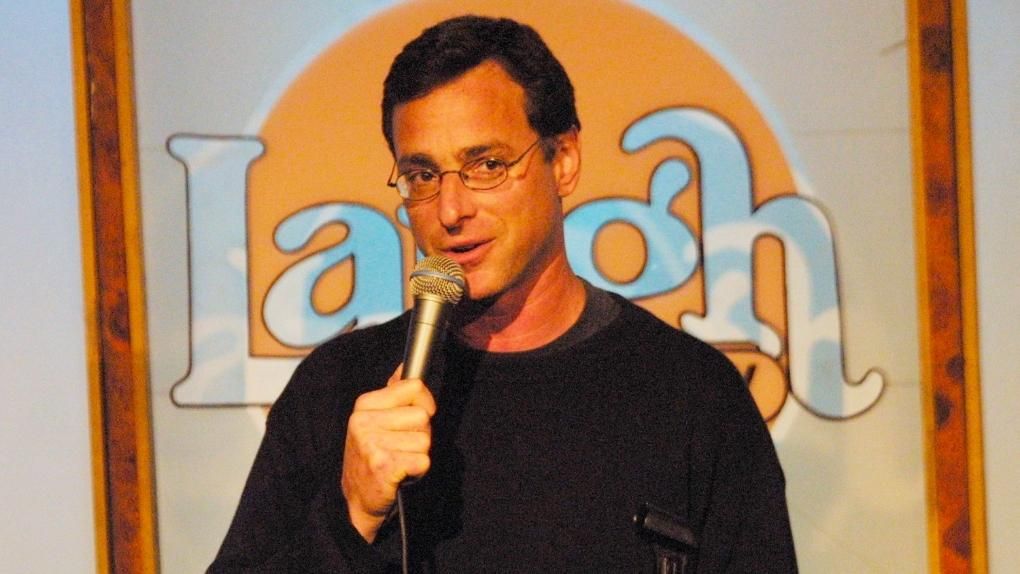 Hollywood is mourning another loss today as it was announced that comedian, actor and director Bob Saget was found dead on Sunday, January 9th in his Orlando hotel room at the age of 65. Saget, who was on a stand-up comedy tour and had performed Saturday night in the Jacksonville area, was found unresponsive and while cause of death is not known at this time, authorities have ruled out foul play or drug use.

After graduating from Temple University in 1978, Saget began his stand-up career in Los Angeles at the Comedy Store, and unlike the squeaky-clean image he would eventually achieve from his television work, his act was very dirty. Saget would go on to briefly co-host CBS’ ‘The Morning Program’ before leaving to star on the ABC comedy ‘Full House,’ which would make him a household name.

For eight seasons from 1987-1995 Saget played widower Dan Tanner, who along with his best friend Joey (Dave Coulier) and brother-in-law Jesse (John Stamos), raised his three daughters (played by Candace Cameron, Jodie Sweetin and Mary-Kate and Ashley Olsen). In 1989, at the height of the show’s success, Saget became the first host of the massively popular ‘America’s Funniest Home Videos,’ which he hosted until 1997.

On the big screen, Saget appeared opposite comedy legend Richard Pryor in director Michael Apted’s ‘Critical Condition,’ as well as ‘Meet Wally Sparks’ with another comedy legend, Rodney Dangerfield. In 1998, Saget would have a hilarious uncredited cameo in Dave Chappelle’s ‘Half Baked,’ before appearing in the prequel ‘Dumb and Dumber: When Harry Met Lloyd,’ as well as the documentary ‘The Aristocrats.’

Saget studied film in college and received a student Academy Award for documentary merit for his film, ‘Through Adam’s Eyes,’ which was based on his nephew’s facial reconstructive surgery. In 1998, he made his feature length directorial debut with the cult classic comedy ‘Dirty Work,’ which starred Norm Macdonald, Artie Lange, Chris Farley, Don Rickles, John Goodman, Adam Sandler, and Chevy Chase. Saget would also go on to write and direct the spoof-documentary, ‘Farce of the Penguins.’

Farce of the Penguins

In this spoof of "March of the Penguins," nature footage of penguins near the South Pole gets a soundtrack of human voices. Carl and Jimmy, best friends, walk 70... Read the Plot

Back on television, Saget would appear as an exaggerated version of himself on four episodes of HBO’s ‘Entourage,’ before providing the adult voice of Ted Mosby in narration for nine seasons on CBS’ popular series, ‘How I Met Your Mother.’ The actor would eventually return to Netflix’s revival series, ‘Fuller House,’ reprising his role as Dan Tanner from 2016-2020. Most recently, Saget was featured on an episode of the Showtime series ‘Shameless,’ as well as competing on Fox’s ‘The Masked Singer’ as the Squiggly Monster but was eliminated after his second appearance.

Both of Saget’s ‘Full House’ co-stars, John Stamos and Dave Coulier, tweeted about the passing of their friend. “I am broken. I am gutted. I am in complete and utter shock. I will never ever have another friend like him. I love you so much Bobby,” said Stamos. While Coulier tweeted, “My heart is broken. I love you, Bob.”

Dozens of comedians have also shared their memories of Saget, including Jim Carrey. “Beautiful Bob Saget passed away today at 65. He had a big, big heart and a wonderfully warped comic mind. He gave the world a lot of joy,” Carrey tweeted. Tim Allentweeted, “Terribly sad news great friend, great comedian and wonderful man Bob Saget passed. Hit me hard. Prayers and my open heart to his family.” Billy Crystal added on his Twitter account, “I’m shocked and saddened to learn that Bob Saget is gone. A great friend and one of the funniest and sweetest people I have ever known. My love to his beautiful family.”

Director Judd Apatow also tweeted about Saget’s passing. “Bob Saget was so kind and when you spent time with him he made you laugh hard. He loved to be funny and he was hysterical. He was also there for everyone. A beautiful soul.” While legendary television producer Norman Leartweeted, “Bob Saget was as lovely a human as he was funny. And to my mind, he was hilarious. We were close friends and I could not have loved him more.”