And the Academy has announced it is holding a formal review of the actor’s actions. 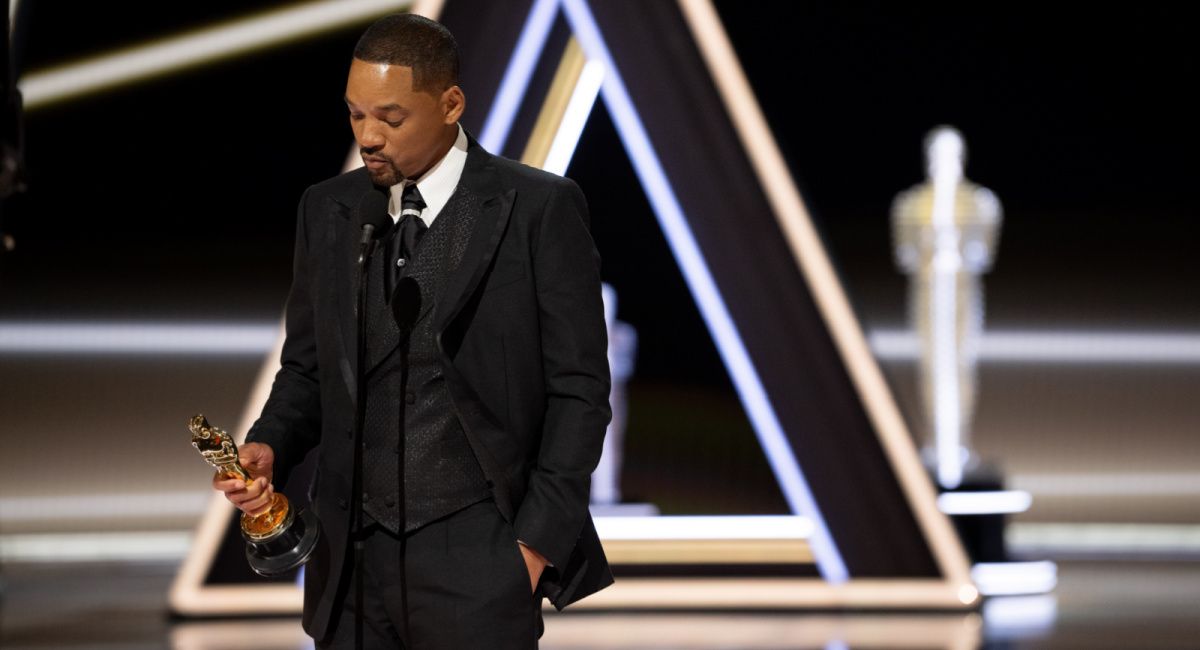 The story of Will Smith vs. Chris Rock at Sunday night’s Oscars continues to rumble on. And now Smith, who, after taking offense to a joke Rock made about his wife, Jada Pinkett Smith, walked onto the stage and slapped him, has formally apologized to the actor/comedian for his actions.

Violence in all of its forms is poisonous and destructive. My behavior at last night’s Academy Awards was unacceptable and inexcusable. Jokes at my expense are a part of the job, but a joke about Jada’s medical condition was too much for me to bear and I reacted emotionally.

I would like to publicly apologize to you, Chris. I was out of line and I was wrong. I am embarrassed and my actions were not indicative of the man I want to be. There is no place for violence in a world of love and kindness.

I am a work in progress.

Yet all the apologies in the world are unlikely to stave off responses from the likes of the Academy, which has opened an inquiry into the incident, kicking off with a formal statement. “The Academy condemns the actions of Mr. Smith at last night’s show. We have officially started a formal review around the incident and will explore further action and consequences in accordance with our Bylaws, Standards of Conduct and California law.”

Though it appears unlikely that the Academy will revoke his Best Actor Oscar for ‘King Richard’, there is always the chance he may be suspended from attending events, voting in future Oscars, or, at worse, kicked out of the organization.

And that’s not his only concern at this point – his acting union SAG-AFTRA, went further with its own statement. “As the union representing presenters and other performers working on the Oscars, SAG-AFTRA is focused on ensuring our members always work in a safe environment,” it said. “Violence or physical abuse in the workplace is never appropriate and the union condemns any such conduct.

“The incident involving Will Smith and Chris Rock at last night’s Academy Awards was unacceptable. We have been in contact with the Academy of Motion Picture Arts and Sciences and ABC about this incident and will work to ensure this behavior is appropriately addressed. SAG-AFTRA does not comment on any pending member disciplinary process.”

Smith’s next movie to arrive is the Antoine Fuqua directed ‘Emancipation’, which chronicles the true story of Gordon, or “Whipped Peter,” a slave who escaped to the North and whose scarred back became a rallying cry for the abolitionist movement. Apple TV+ had been looking at it as a potential awards contender next year following its success with ‘CODA’, though it’s unknown what impact the incident will have on those plans.

Rock, meanwhile, besides his shocked onstage reaction to the slap, has yet to make a statement about Sunday night.