‘The Fighter’ and ‘Boogie Nights’ actor discusses his new movie, which he also produced and is based on a true story. 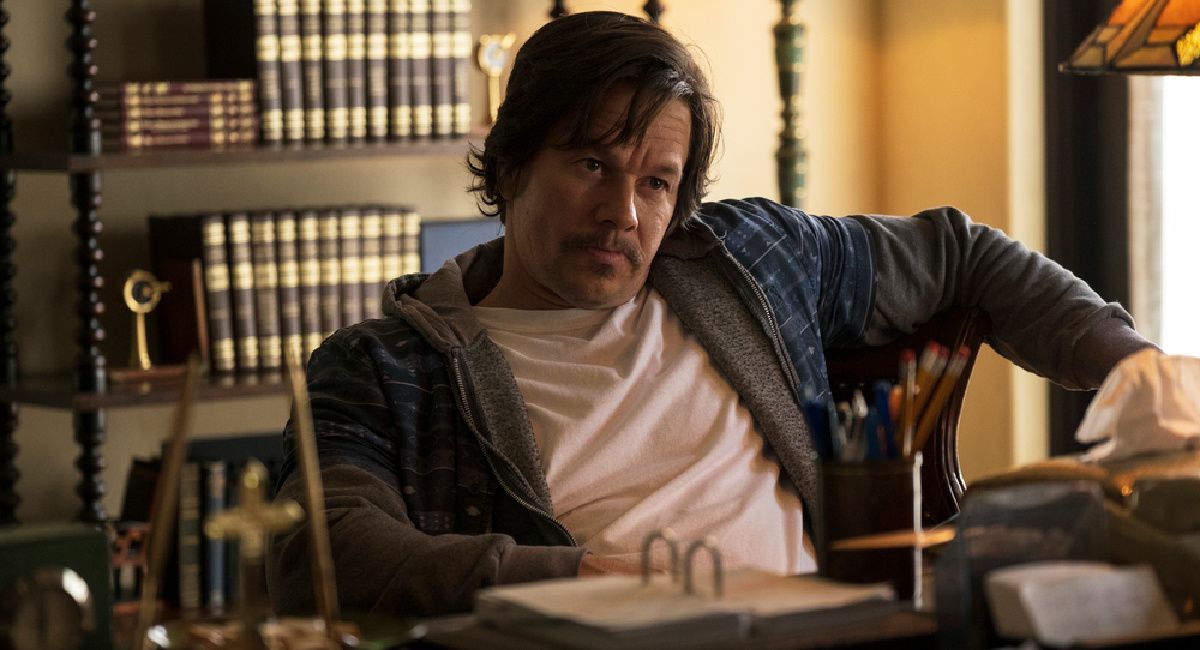 Opening in theaters on April 13th is the new drama ‘Father Stu,’ which is based on a true story.

Written and directed by Rosalind Ross, the movie stars Oscar-nominee Mark Wahlberg (‘The Departed’) as Father Stuart Long, a boxer-turned-Catholic priest suffering from a muscle disease who inspired countless people on his journey from self-destruction to redemption.

Moviefone recently had the pleasure of speaking with Mark Wahlberg about his work on ‘Father Stu.’

You can read our full interview with Mark Wahlberg below, or watch a video of our interviews with Wahlberg, Jacki Weaver, Teresa Ruiz, and writer/director Rosalind Ross by clicking on the player above.

Moviefone: To begin with, this is a personal project for you that you have stated parallels your own life in some ways. Can you talk about that and what this project means to you?

Mark Wahlberg: It's an opportunity for me to just start to do more things that have real substance and can be helpful to people. I love to make movies that make people laugh and entertain people and is escape for a couple of hours. But it's also a very important reminder, in these very difficult times that people are going to support each other and love each other.

So, to have that message of inspiration and hope is really important. People need to hear that right now. We really go on an emotional journey, but I think it challenges people to look inside and maybe do a little bit more and dig a little deeper.

MF: You go through several physical transformations in this movie. As someone known for working out, can you talk about the physical challenges of taking on this role?

MW: Well, I got a wake-up call in that I thought, "Okay, I got to put on 30 pounds in six weeks. This is going to be great. This is going to be fun." But nothing on the menu were things that I desired or craved. It was just way more protein, way more starch, way more eggs, drinking olive oil, the most random things, and lots of salts, and sodium’s to get bloated at the end of it. It was just miserable.

MF: Did you have an opportunity to speak with Stu’s father Bill, and if so, what did you learn from talking to him?

MW: Yeah. I spent quite a bit of time getting to know them, fellow seminarians, priests, friends from his childhood, and people from his congregation. We always want to make sure that we get it right. When playing somebody and telling a real-life story, you have to deal with it with the sensitivity and respect that it deserves.

Reaching out to everybody and making sure you're very clear about what your intentions are, getting to know them, them allowing me in, and helping me to understand who Stu was, was invaluable information. So, all you really care about is their reaction to the film. If they're happy, everything else is easy. If not, well, you failed miserably.

MF: Finally, director Rosalind Ross said that the last movie Stu watched in a theater was ‘The Fighter’ starring you and Christian Bale. If he were still alive, what do you think his reaction would be to seeing you star in a movie about his life?

MW: Well, both movies took six years from beginning to end to bring them to the big screen. But he'd say I probably wasn't good looking enough, tough enough or fit enough, but I did pretty good. But I do think he would think that there's nobody better for the part, based on my real-life experience.

The way he was most effective was talking to people, who went through things that he had already gone through. He could speak a language that they understood and relate to them because of all of his real-life experience and his authenticity.