The 10th Doctor and Donna Noble will interact with the new Doctor, played by Ncuti Gatwa. 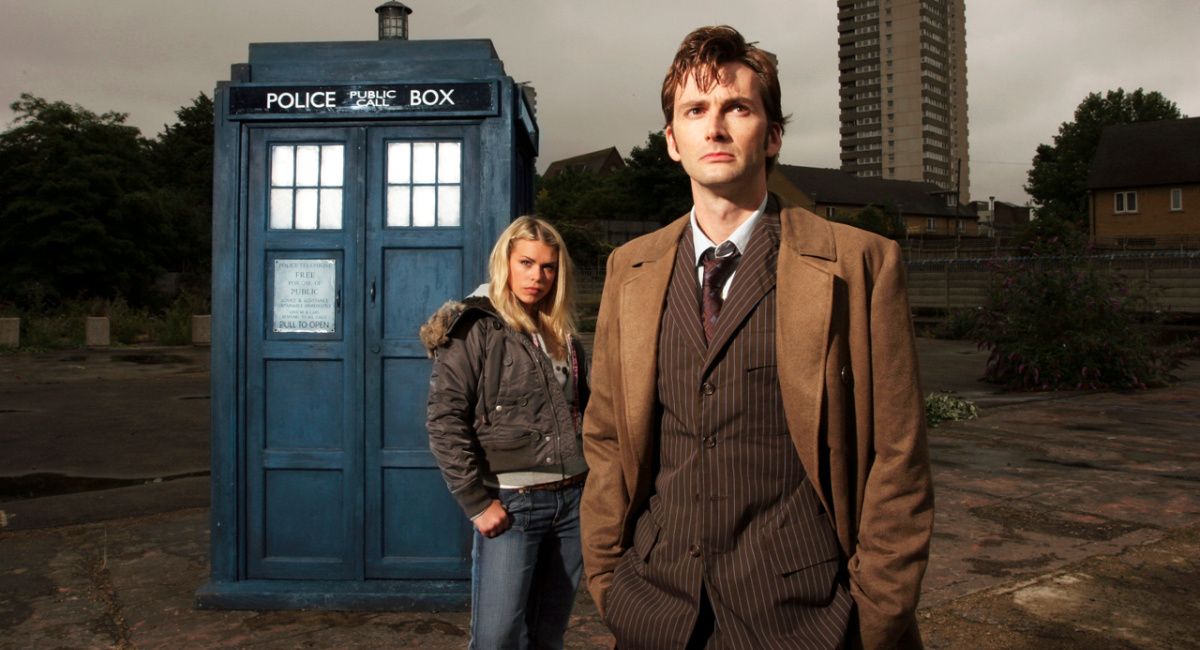 (L to R) Billie Piper as Rose Tyler and David Tennant as The Doctor on BBC ONE's 'Doctor Who.'

Following the announcement that ‘Sex Education’ actor Ncuti Gatwa will be the new lead on long-running British series ‘Doctor Who’ comes more big news that seems sure to delight fans.

David Tennant – who played the 10th incarnation of the Doctor between 2005 and 2010, and Catherine Tate, who was plucky, opinionated companion Donna Noble between 2006 and 2010, will both return as guest stars for next year’s series.

‘Doctor Who’ focuses on the adventures of a character called The Doctor and follows the alien as they fly through space and time fixing (and sometimes causing) problems and battling threats from the dangerous likes of the Daleks and Cybermen.

The character traditionally “regenerates” following a mortal injury or other issue, a canny story invention that has allowed the role to be passed between performers. Gatwa has already started filming scenes for the show in its British home studio.

This new development has been put together by returning show-runner Russell T. Davies, who successfully relaunched the series in 2005, bringing it to new levels of pop cultural breakthrough with actors such as Christopher Eccleston and then Tennant playing the main character.

It’s perhaps not all that surprising given that 2023 marks the show’s 60th anniversary. It launched in 1963 and, while it hasn’t run concurrently (there was a big break between 1989 and 2005), the venerable science fiction series remains one of TV’s landmark shows.

Jodie Whittaker as the Thirteenth Doctor on BBC America's 'Doctor Who.'

Tennant previously returned to the role in 2013 for the special 50th anniversary episode ‘The Day of the Doctor’, in which he shared the screen with incumbent Time Lord Matt Smith.

So, how will Tennant and Tate come back to the show? Davies is only hinting right now. "Maybe this is a missing story. Or a parallel world. Or a dream, or a trick, or a flashback,” he says. “The only thing I can confirm is that it's going to be spectacular, as two of our greatest stars reunite for the battle of a lifetime."

Fans are also speculating that the appearance might see Davies adjusting the fate of Donna, who show-runner Stephen Moffat controversially left without her memories of experiences with the Time Lord, in order to save her life.

And, naturally, there is speculation as to who else from the show’s past might make a return for the next anniversary special.

Currently, ‘Broadchurch’ actor Jodie Whittaker is playing the 13th version of the Doctor, having taken over the role from previous performer Peter Capaldi. She has one episode left of her run on the series and will depart this year alongside show-runner Chris Chibnall.

Davies was something of a surprise return to the helm of the show, since he’s said once he finished his run that he wasn’t necessarily planning to come back. But following his ‘Who’ tenure, he’s created the award-winning likes of ‘Years and Years’ and ‘It’s a Sin’ and is clearly ready for a little more time travel.

Tennant remains one of – if not the – most popular people to take the role, so there is naturally much excitement for his return.

Doctor Who: The Day of the Doctor

In 2013, something terrible is awakening in London's National Gallery; in 1562, a murderous plot is afoot in Elizabethan England; and somewhere in space an ancient... Read the Plot