The ‘Carrie’ actress and ‘Whiplash’ actor discuss their new Prime Video series, which premieres on May 20th. 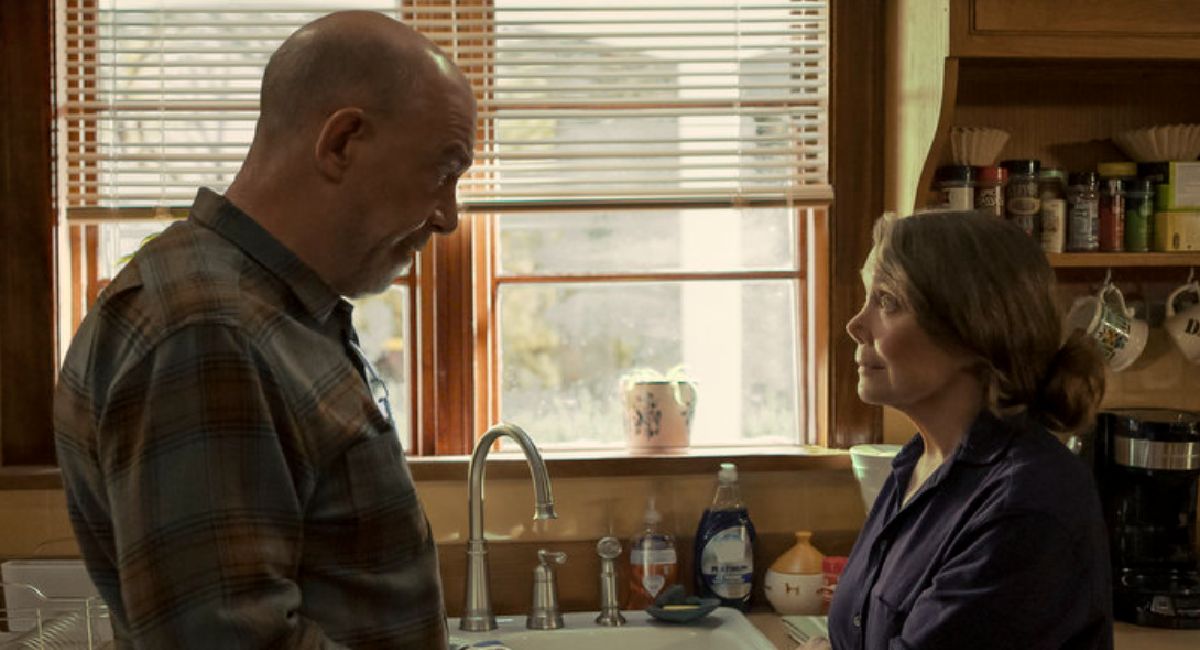 The series centers on married couple Franklin (Simmons) and Irene York (Spacek), who discover a portal in their backyard that leads to a deserted planet.

Moviefone recently had the pleasure of speaking with Sissy Spacek and J.K. Simmons about their work on ‘Night Sky.’

You can read our full interview with Sissy Spacek and J.K. Simmons below or click on the video player above to watch our interviews with Spacek, Simmons, Kiah McKirnan, and Chai Hansen.

Moviefone: To begin with, Sissy can you talk about the relationship between Franklin and Irene?

Sissy Spacek: Well, they're like related now. They've been together so long. I think they'd have a lot less fun in life if they didn't have each other. He has been her protector. He's her rock. He's her metronome. He's always solid as a rock. She's a little flighty, and a little moody.

MF: The series explains that Franklin and Irene discovered the portal years ago, so in theory, the show could have begun when they were younger. J.K., why do you think it was important to start the story now, with the characters in their older age?

J.K. Simmons: That was one thing that intrigued me as I went through the scripts, reading for the first time. I learned from (show creator) Holden (Miller) that really the whole idea of this show, even before the sci-fi aspects of it, was really inspired by his relationship and his closeness with his grandparents.

Even though it's not at all autobiographical or about them specifically, he wanted to do something to honor them. I love that it takes its time introducing these characters and giving the audience some credit for having patience and being willing to invest in these characters. Then, ultimately there are fireworks, right and left, but it really takes its time in developing, which I appreciate.

MF: Finally, Sissy how do you think the discovery of the portal has affected Franklin and Irene’s lives, both positively and negatively?

SS: Well, one of the negative things I think is it's a huge secret for them to keep. So, they've isolated themselves. They're not as involved with the community as they once were. When they lose their son, it just turns their lives upside down because they find that thing in their backyard right after they lose Michael, and they get it all kind of mixed up with each other. I think Irene is waiting for something to happen. She thinks that maybe she can find Michael. I mean, it sounds so far-fetched, but she's almost paralyzed by her fascination with it.

'Origin' Trailer: Tom Felton Gets Stranded in Space With a Troubled Group

'Dune' Close to Landing Timothee Chalamet as Its Star: Report