Get ready for plenty of creepy crawlies in the new take on the 1990s horror comedy. 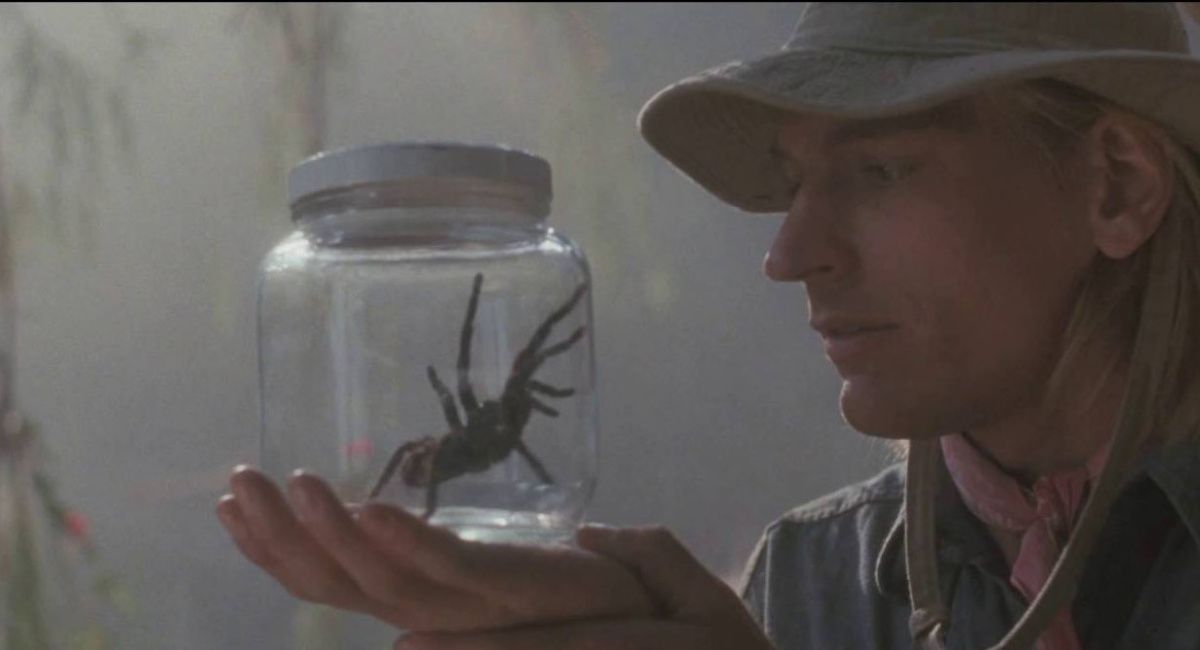 Do you hate spiders? Does the very idea of the wriggling creepy crawlies fill you with an endless feeling of dread? Are you concerned that one is walking up behind you EVEN AS YOU READ THIS? Then you might not be thrilled to learn that a new version of 1990 horror comedy ‘Arachnophobia’ is in the works.

But stick with us, because the news would seem to be on the positive side of things – and spiders will be staying on the screen. Christopher Landon, the writer and director behind the likes of ‘Freaky’ and ‘Happy Death Day’ is developing the new movie.

The original was directed by Frank Marshall (who still makes movies himself, but is these days better known as a producer on the giant likes of the ‘Indiana Jones’ and ‘Jurassic World’ franchises. He’ll be an executive producer here).

‘Arachnophobia’ focused on a small town terrorized by a colony of deadly South American spiders accidentally brought into the U.S. Jeff Daniels starred as a doctor who moves his family from the big city for the calm bucolic small-town life with John Goodman playing a know-it-all exterminator. Julian Sands, Harley Jane Kozak, Mark L. Taylor, Henry Jones, Brian McNamara, and Stuart Pankin were also all in the cast.

It was a hit on its release, but while it certainly has its fans, it isn’t an untouchable masterpiece that resists any attempt to remake it. James Wan, who along with his own directorial career is a prolific producer via his Atomic Monster company, is among the backers here.

Yet it was with the two ‘Happy Death Day’ movies that he really made the leap into more public awareness, the time loop comedy thrillers featuring Jessica Rothe’s snark-tastic Tree Gellman caught in a repeating nightmare of stalk-slashing (and the sequel going even further into the genre) proving to be popular.

Landon followed that up with 2020’s ‘Freaky’ which, while it became a box office victim of the pandemic, still managed to entertain with the story of a serial killer (played by Vince Vaughn) who swaps bodies with a cheerleader (Kathryn Newton) and all the violent, funny chaos unleashed along the way.

Given his body of work, we’re confident that Landon will be able to walk the line between terrifying and funny. And with the advances in effects technology, we can only imagine the spidery set-pieces he can dream up.

He’s most recently headed in a more family friendly direction with his next film, ‘We Have a Ghost’ for Netflix. That one stars Anthony Mackie, David Harbour, Jennifer Coolidge and Tig Notaro in the story of a man who becomes internet famous after befriending a ghost who resembles actor Ernest Borgnine. Can’t wait to see that one…