The new Disney+ series, spawned from the popular movie franchise, made its proper debut at this year’s Comic-Con with a teaser and poster – and the reveal of Keitel in the cast.

That was then, and this is now, and though there continues to be talk of a third ‘National Treasure’ outing in the works, Disney’s focus has instead shifted to a Disney+ series version, set in the same universe but featuring (mostly) new characters.

One big character coming back for more fun is Bartha’s Riley Poole, who, as he jokingly says in the behind-the-scenes featurette, was once the young guy but is now… not so much.

The series focuses on a young heroine, Jess (Lisette Olivera), a brilliant and resourceful DREAMer who embarks on the adventure of a lifetime to uncover the truth about her family’s mysterious past and save a lost Pan-American treasure.

In addition to Olivera, the series also stars Zuri Reed as Tasha, Jess’ ride-or-die friend who joins the treasure hunt but is forced to reevaluate her belief system to help her best friend.

Antonio Cipriano is Oren, a lovable but self-obsessed goofball with an encyclopedic knowledge of conspiracy theories that attempts to win back Tasha’s affections. Then there’s Jordan Rodrigues as Ethan, Jess’ childhood best friend who has loved her since the day they met. 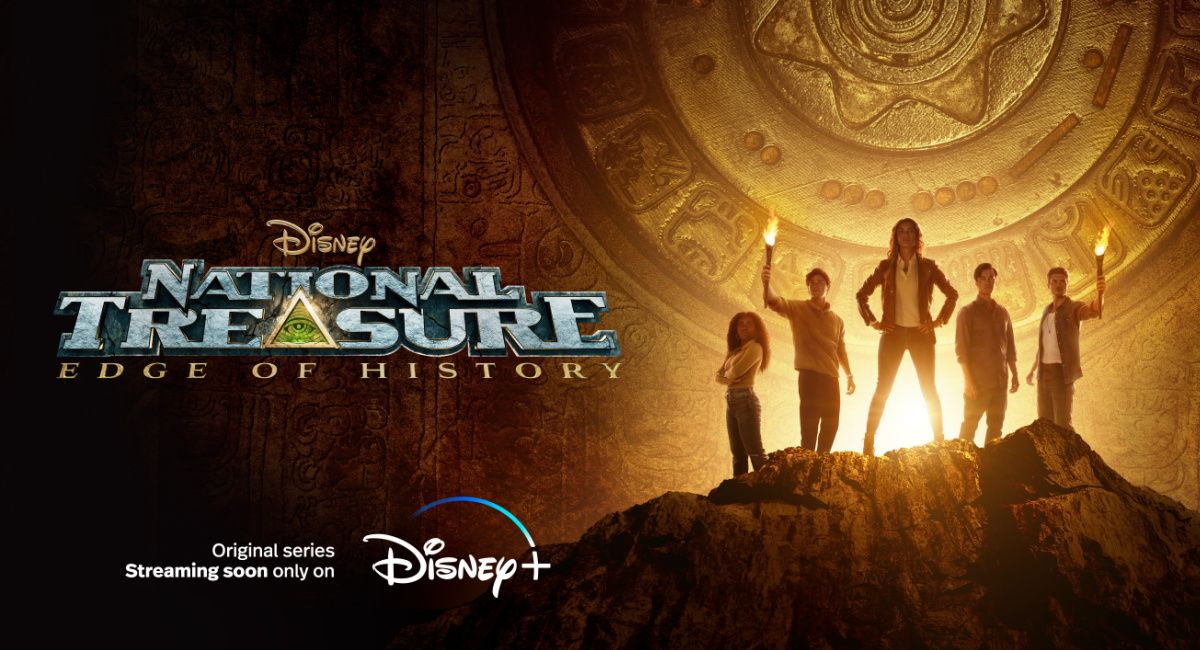 Jake Austin Walker plays Liam, a swoon-worthy struggling musician, with a permanent chip on his shoulder, who comes from a long line of treasure hunters, with Lyndon Smith as FBI Agent Ross, a dogged investigator who begins to realize there’s a greater conspiracy at hand.

Up until today, the biggest name on the call sheet was Catherine Zeta-Jones playing Billie, a badass billionaire, black-market antiquities expert and treasure hunter who lives by her own code.

But as of today’s Comic-Con panel, we now know that Harvey Keitel is coming back to reprise his role of Peter Sadusky. An FBI agent who frequently butted heads with Cage’s Ben Gates, he’ll likely be sprinkled throughout the season.

As for Cage himself? Show co-creator Marianne Wibberly (who, along with husband and co-writer Cormac, scripted the movies) said on the show’s con panel, “We wanted him, but he is very busy.” She added that he will “maybe” pop up in future if he has time.

The Wibberlys are just part of the connective creative tissue between the movies and the series, as Jerry Bruckheimer is also involved. Director Jon Turteltaub, however, isn’t behind the camera for this one (though he does have an executive producer credit), with Mira Nair handling that job.

With the series still in production, the producers didn’t have a lot of footage to show but did offer a 15-second teaser focused on Olivera’s Jess, which you can see below.

There are no details yet on when the show will hit Disney+, but next year seems most likely.