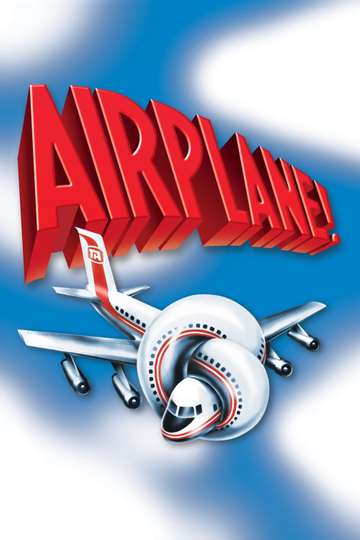 Yearning to watch 'Airplane!' on your TV, phone, or tablet? Tracking down a streaming service to buy, rent, download, or view the Jerry Zucker-directed movie via subscription can be challenging, so we here at Moviefone want to take the pressure off.

We've listed a number of streaming and cable services - including rental, purchase, and subscription alternatives - along with the availability of 'Airplane!' on each platform when they are available. Now, before we get into the nitty-gritty of how you can watch 'Airplane!' right now, here are some specifics about the Paramount comedy flick.

Released July 2nd, 1980, 'Airplane!' stars Robert Hays, Julie Hagerty, Leslie Nielsen, Kareem Abdul-Jabbar The PG movie has a runtime of about 1 hr 28 min, and received a user score of 73 (out of 100) on TMDb, which put together reviews from 3,579 experienced users.

Interested in knowing what the movie's about? Here's the plot: "The persons and events in this film are fictitious - fortunately! A masterpiece of off-the-wall comedy, Airplane! features Robert Hays as an ex-fighter pilot forced to take over the controls of an airliner when the flight crew succumbs to food poisoning; Julie Hagerty as his girlfriend/stewardess/co-pilot; and a cast of all-stars including Robert Stack, Lloyd Bridges, Peter Graves, Leslie Nielsen, Kareem Abdul-Jabbar... and more. Their hilarious high jinks spoof airplane disaster flicks, religious zealots, television commercials, romantic love... the list whirls by in rapid succession. And the story races from one moment of zany fun to the next."

Blazing Saddles
"Never give a saga an even break!"
Step Brothers
"They grow up so fast."
South Park: Bigger, Longer & Uncut
"UH-OH."
The Naked Gun 2½: The Smell of Fear
"If you see only one movie this year...you ought to get out more often"
Airplane II: The Sequel
"For the ride of your life... All you need for Christmas are your two front seats!"

Anchorman: The Legend of Ron Burgundy
"They bring you the news so you don't have to get it yourself."
There's Something About Mary
"Love Is In The Hair."
Groundhog Day
"He’s having the worst day of his life … over, and over …"
Ferris Bueller's Day Off
"One man's struggle to take it easy."
The Jerk
"A rags to riches to rags story."

Wayne's World
"You'll laugh. You'll cry. You'll hurl."
The Naked Gun: From the Files of Police Squad!
"You've read the ad, now see the movie!"
The Christmas Dream
Monty Python and the Holy Grail
"And now! At Last! Another film completely different from some of the other films which aren't quite the same as this one is."
Planes, Trains and Automobiles
"What he really wanted was to spend Thanksgiving with his family. What he got was three days with the turkey."

Shaun of the Dead
"A romantic comedy. With zombies."
Dumb and Dumber
"What the one doesn't have, the other is missing."
A Farewell to Ozark