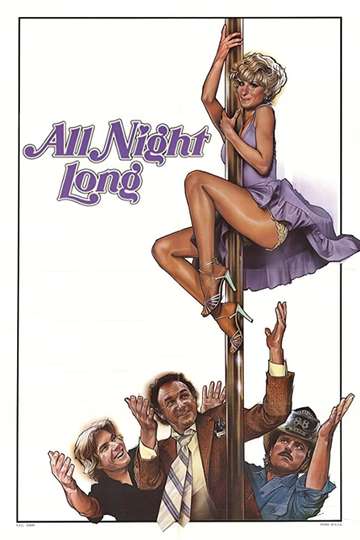 Want to behold the glory that is 'All Night Long' on your TV, phone, or tablet? Hunting down a streaming service to buy, rent, download, or watch the Jean-Claude Tramont-directed movie via subscription can be tricky, so we here at Moviefone want to help you out.

We've listed a number of streaming and cable services - including rental, purchase, and subscription choices - along with the availability of 'All Night Long' on each platform when they are available. Now, before we get into the nitty-gritty of how you can watch 'All Night Long' right now, here are some specifics about the Universal Pictures romance flick.

Released March 6th, 1981, 'All Night Long' stars Gene Hackman, Barbra Streisand, Diane Ladd, Dennis Quaid The R movie has a runtime of about 1 hr 27 min, and received a user score of 54 (out of 100) on TMDb, which collated reviews from 21 knowledgeable users.

You probably already know what the movie's about, but just in case... Here's the plot: "Executive George Dupler loses his temper and is demoted to the night manager at a 24 hour drugstore. After he suggests to his teenage son Freddie that he stop having an affair with suburban housewife Cheryl Gibbons, who is a distant cousin, Cheryl tries to seduce George. At home, in front of his mother, Freddie accuses his dad of stealing his girl, because he found Cheryl serving George a meal in the middle of the night, while her husband Bobby was on duty at the fire station. George then separates from his wife Helen, quits his job, moves into a warehouse, and asks Cheryl to move in with him." .

Good Luck to You, Leo Grande
"It’s never too late to try something new"