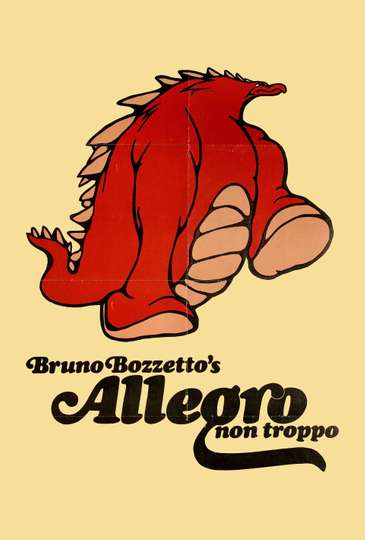 TMDb Score
72
NR 1 hr 25 minOct 27th, 1976Comedy, Music, Drama, Animation, Fantasy
The film is a parody of Disney's Fantasia, though possibly more of a challenge to Fantasia than parody status would imply. In the context of this film, "Allegro non Troppo" means Not So Fast!, an interjection meaning "slow down" or "think before you act" and refers to the film's pessimistic view of Western progress (as opposed to the optimism of Disney's original).
Show More
DirectorBruno Bozzetto
StarringMaurizio NichettiMaurizio MicheliNÃ©stor Garay
Full Cast & CrewBuy DVD

Spirit: Stallion of the Cimarron
As a wild stallion travels across the frontiers of the Old West, he be...

Bedknobs and Broomsticks
Three children evacuated from London during World War II are forced to...

Brother Bear
When an impulsive boy named Kenai is magically transformed into a bear...

[REC]
A television reporter and cameraman follow emergency workers into a da...

Fantasia
Walt Disney's timeless masterpiece is an extravaganza of sight and sou...

The Triplets of Belleville
When her grandson is kidnapped during the Tour de France, Madame Souza...