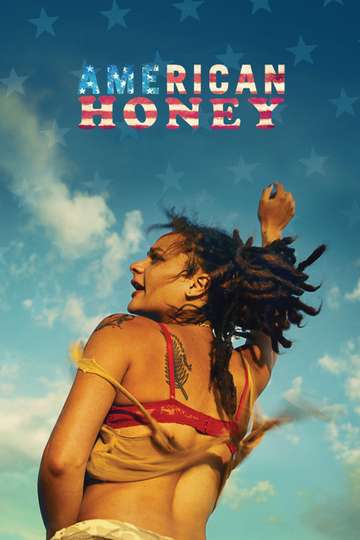 Want to behold the glory that is 'American Honey' on your TV or mobile device at home? Hunting down a streaming service to buy, rent, download, or watch the Andrea Arnold-directed movie via subscription can be difficult, so we here at Moviefone want to take the pressure off.

We've listed a number of streaming and cable services - including rental, purchase, and subscription choices - along with the availability of 'American Honey' on each platform. Now, before we get into the nitty-gritty of how you can watch 'American Honey' right now, here are some specifics about the BFI, Maven Pictures, Film4 Productions drama flick.

Released September 23rd, 2016, 'American Honey' stars Sasha Lane, Shia LaBeouf, Riley Keough, McCaul Lombardi The R movie has a runtime of about 2 hr 43 min, and received a user score of 68 (out of 100) on TMDb, which put together reviews from 625 experienced users.

What, so now you want to know what the movie’s about? Here's the plot: "A teenage girl with nothing to lose joins a traveling magazine sales crew, and gets caught up in a whirlwind of hard partying, law bending and young love as she criss-crosses the Midwest with a band of misfits."

Kings
A foster family in South Central a few weeks before the city erupts in...

Freak Show
The story of teenager Billy Bloom who, despite attending an ultra cons...

Fish Tank
Mia is a rebellious teenager on the verge of being kicked out of schoo...

Toni Erdmann
Without warning a father comes to visit his daughter abroad. He believ...

James White
James White is a troubled twentysomething trying to stay afloat in a f...

The Neon Demon
When aspiring model Jesse moves to Los Angeles, her youth and vitality...

I Was Born, But...
Two young brothers become the leaders of a gang of kids in their neigh...

TIFF Interview: Agustina San Martín on ‘To Kill the Beast’

How ‘American Honey’ Hinted at Riley Keough’s Work in ‘Zola’