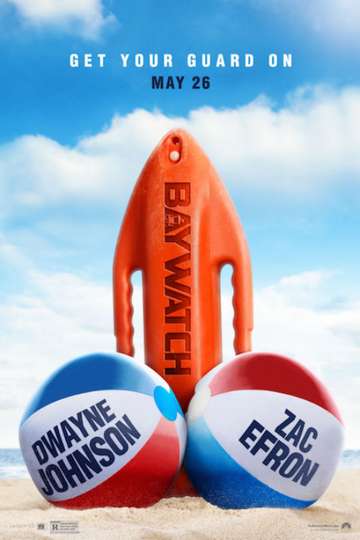 Need to watch 'Baywatch' on your TV or mobile device at home? Tracking down a streaming service to buy, rent, download, or watch the Seth Gordon-directed movie via subscription can be a huge pain, so we here at Moviefone want to help you out.

We've listed a number of streaming and cable services - including rental, purchase, and subscription choices - along with the availability of 'Baywatch' on each platform when they are available. Now, before we get into all the details of how you can watch 'Baywatch' right now, here are some specifics about the Uncharted, Paramount, Flynn Picture Company, Fremantle Productions, Seven Bucks Productions, Skydance Media, The Montecito Picture Company comedy flick.

Released May 26th, 2017, 'Baywatch' stars Dwayne Johnson, Zac Efron, Priyanka Chopra Jonas, Alexandra Daddario The R movie has a runtime of about 1 hr 56 min, and received a user score of 61 (out of 100) on TMDb, which assembled reviews from 6,981 respected users.

Interested in knowing what the movie's about? Here's the plot: "Devoted lifeguard Mitch Buchannon butts heads with a brash new recruit. Together, they uncover a local criminal plot that threatens the future of the Bay."

Pirates of the Caribbean: Dead Men Tell No Tales

King Arthur: Legend of the Sword

Beauty and the Beast